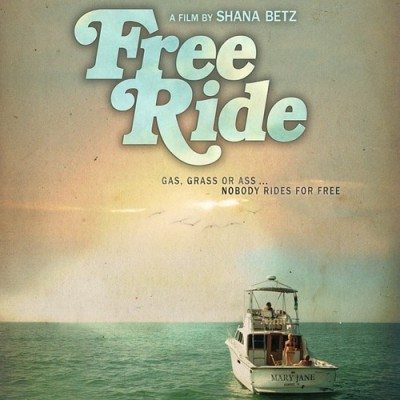 Stephen Moyer and Anna Paquin’s film production company, CASM’s premiere offering, “Free Ride,” is the gripping curtain-raiser for the 28th annual Fort Lauderdale International Film Festival. It is quick to introduce the carefully calibrated tension to follow for the next 83 minutes. “Grass, gas or ass,” a voice intones, “nobody rides for free.”

Below Stephen Moyer shared some insights with SouthFlorida.com about tonight’s premiere the film.

It is not giving too much away to say that domestic violence and drug-fueled binges litter the film to the end. But Paquin’s husband, her “True Blood” co-star Stephen Moyer, says he wasn’t uncomfortable on-set.

“Anna is a tough cookie. I was more worried for the guy she was fighting,” the British-born Moyer says, laughing into the phone. “She doesn’t pull any punches … She’s a full-on WWE wrestler.”

“A lot of the stuff that we are interested in, subjects we are drawn to, have to do with ordinary people doing extraordinary things,” Moyer says by phone from New York. “Real-life tales of people stretching beyond themselves to protect their family, the ones they love. Stories of how the innocent get manipulated by the powerful.”

Any reservations he might have had in going with a first-time director were dispelled in his first meeting with Betz, Moyer says.

“When I first sat down with her, we talked about what she had been through as a child, and you could see there was this extraordinary bond between her and her mum,” Moyer says. “She worshiped her mum for what she did for those girls. I was fascinated by it.”

Moyer also was impressed at Betz’s detailed vision for the film. He says she arrived with a “look book” filled with pictures, articles and sketches illustrating the tone and the look of the film, from the fashion to the cars (Sarasota is a stand-in for Fort Lauderdale).

Betz says it was important to get the visual tone right: Her family’s arrival in Fort Lauderdale “felt like going to Disney,” she says. “The colors, the sun, the water… Life felt big and bright and hopeful.”

Read the rest of this article at: southflorida.com