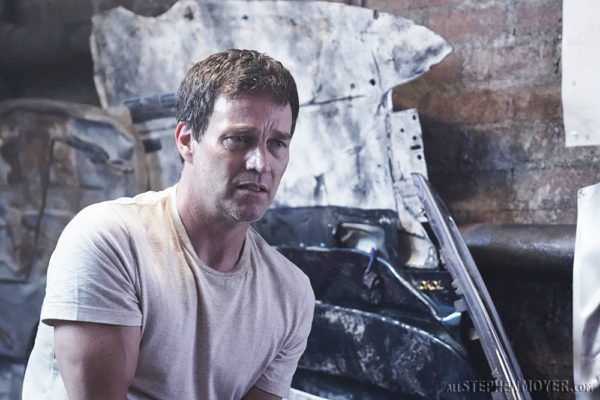 The Gifted episode 7 is titled “noMercy.” Fox has released some new hi-res promotional stills from the 7th episode, which which airs on November 13.

This Tuesday’s episode of The Gifted is expected to reveal a lot more about the Stepford Cuckoos (Skyler Samuels) and their troubling past as the three take a trip down memory lane when Polaris (Emma Dumont) begins to have doubts about Reeva’s (Grace Byers) mission. Meanwhile, Reed (Stephen Moyer) will begin his training with John (Blair Redford), but they’re going to get rudely interrupted when the Purifiers launch an attack.

Then, the following week, a reunited Inner Circle will embark on their own mission, which will apparently need them to don all black, leather outfits. Plus, Reed begins to spiral out of control and Jace (Coby Bell) continues to rise up the ranks.

Below is a photo released of Stephen Moyer. 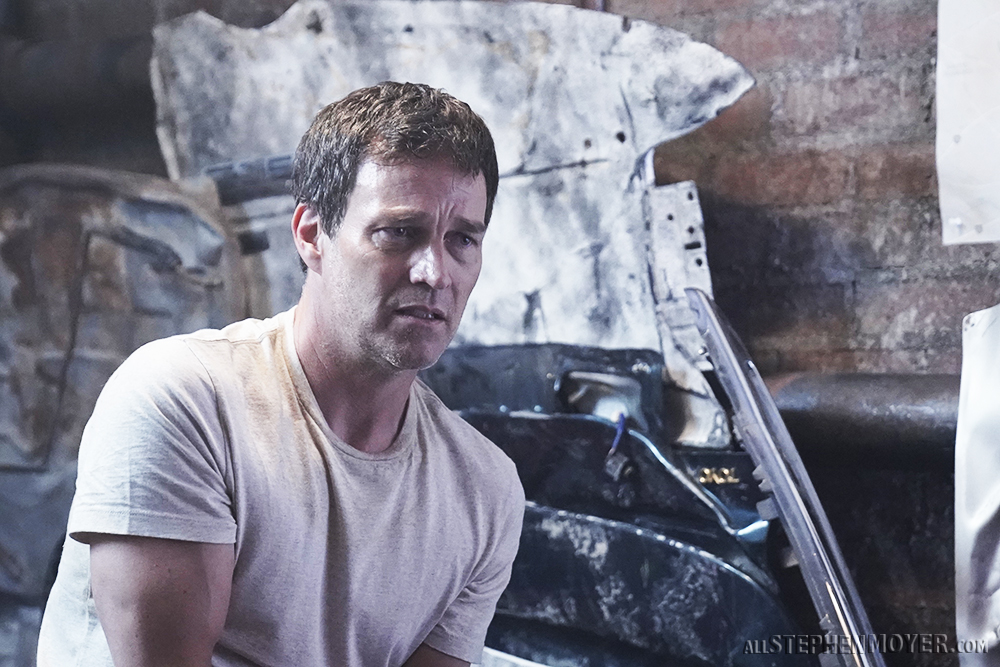 See more photos in the Photo Gallery (we’ll also be adding screenshots from this episode to this gallery after it airs):

Here’s the video promo for the episode:

The official synopsis for Episode 7 titled, “noMercy” will premiere on November 6 is:

THE INNER CIRCLE MAKES A BIG MOVE ON AN ALL-NEW “THE GIFTED” TUESDAY, NOVEMBER 13, ON FOX

Reeva reveals her plans for a major mission for the Inner Circle to secure some needed funds. Meanwhile, the Mutant Underground must contend with Reed’s unstable powers. Medical help from Caitlin and Lauren might keep his destruction in check. Benedict Ryan (guest star Peter Gallagher), a well-connected public figure who supports the Purifers is introduced to Jace.  However, the two may not see eye-to-eye. Then, Thunderbird finally confronts Blink about her dealings with Urg.  This comes after weeks of tension over their meeting in the all-new “no Mercy” episode of THE GIFTED airing Tuesday, Nov. 13 (8:00-9:00 PM ET/PT) on FOX.