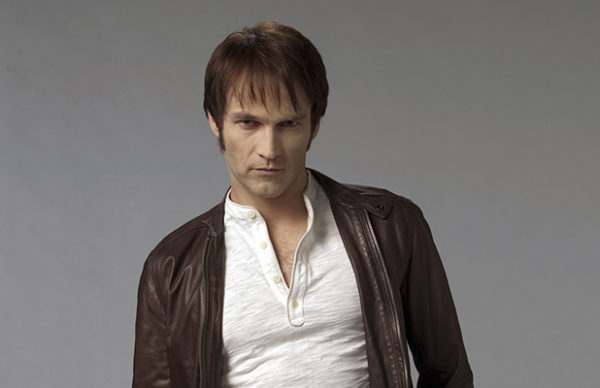 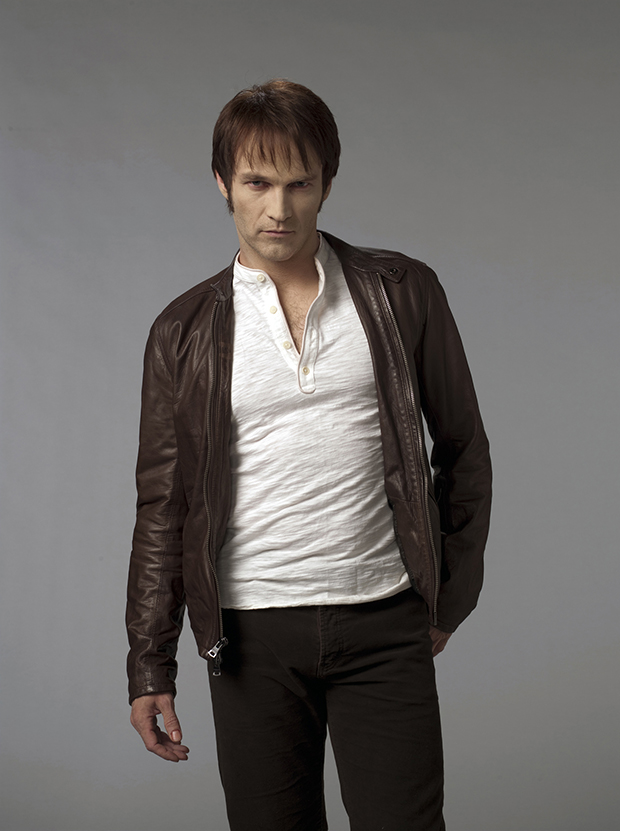 In an article at Mademen.com, they discuss style on each of the the following vampire shows, Twilight, True Blood and Vampire Diaries, but of course, we’re mostly interested in True Blood, so here’s what they had to say about our favorite show, specifically Stephen Moyer:

Who: If there’s one lesson to learn from “True Blood,” it’s that the clothes, truly, do not make the man. In Stephen Moyer’s own words, his character, “[is] very gentlemanly, asking, ‘May I visit with you at your home?’ It’s a sentimental, old-world kind of courting.” There’s no suit out there so fashionable so as to substitute for manners, boys.

His style in 140 characters: Dress plainly and functionally. Nothing says, “I’m stupid” faster than an “I’m with stupid” shirt.

What to drive: Something reliable and functional that isn’t too flashy. We would suggest the Avalanche but the plastic moulding is a little gaudy for us. Better to go with the old standard: Silverado with a cab suited to the number of kids you want.

What to wear: Appropriately, the fashion is much less glamorous in True Blood. Set in fictional Louisiana town in a world where vampires no longer have to hide because synthetic human blood is available for their consumption, this down-to(below?)-earth setup inspires homespun outfits that rely primarily on the man’s physique and chivalry to communicate his style.

To read the rest of the article which gives information on the other shows, click here.