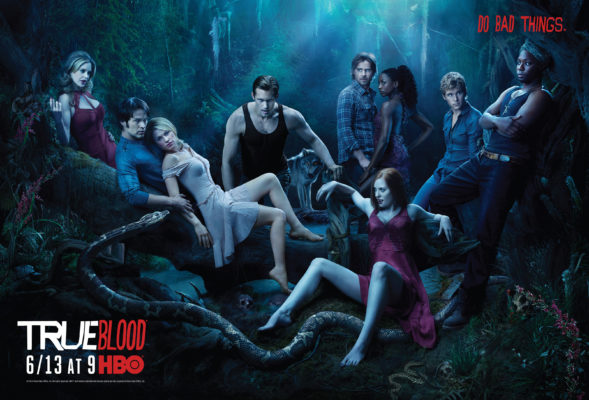 Congratulations to all the cast and crew of True Blood and, of course to our favorite, Stephen Moyer!

Below is the press release:

LOS ANGELES, June 21, 2010 – HBO has renewed the hit show TRUE BLOOD for a 12-episode fourth season, it was announced today by Michael Lombardo, president, HBO Programming. Created by Alan Ball, the series will begin production of new episodes early next year in Los Angeles, with debut set for summer 2011.

“The new season of TRUE BLOOD is off to a terrific start, as enthusiasm for this unique show continues to build among both subscribers and critics,” noted Lombardo. “We’re looking forward to more chills from Alan Ball and his gifted team next year.”
“I am beyond thrilled to be able to continue working with this amazing cast and crew,” says Ball. “This is the most fun I have ever had.”

Mixing romance, suspense, mystery and humor, TRUE BLOOD takes place in the not-too-distant future, when vampires have come out of the coffin, thanks to the invention of mass-produced synthetic blood that means they no longer need humans as a nutritional source. The show follows the romance between waitress Sookie Stackhouse (Anna Paquin), who can hear people’s thoughts, and her boyfriend, 173-year-old vampire Bill Compton (Stephen Moyer), who went missing at the end of season two, and is now the object of a frantic search. Alan Ball (creator of the Emmy®-winning HBO series “Six Feet Under”) created and executive produces the show, which is based on the best-selling Sookie Stackhouse novels by Charlaine Harris.

The 12-episode third season of TRUE BLOOD, which launched June 13, has already inspired critical raves, with Entertainment Weekly calling it “faster, sleeker, more vicious, more fun than it already was,” as well as “summer’s best TV.” USA Today hails the show as “fabulously wild,” while the Washington Post describes it as “electrifying.”