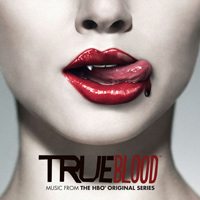 True Blood’s seventh and final season is slated to air this summer, but it sounded like HBO might be trying to get a little more blood from the stone when star Stephen Moyer, who plays vampire Bill Compton, hinted that a feature film version of HBO’s vampire drama was forthcoming.

When asked by a reporter at the Fort Lauderdale International Film Festival at the premiere of Free Ride — a film Moyer produced with Anna Paquin, who also stars — what fans are supposed to do in the summer of 2015, when True Blood would traditionally air, the actor replied, “I’m not sure about the summer of 2015, but if things go the way I’m hoping, there will be something to watch in the summer of 2016. Which we’ll have an announcement about soon…ish. I cannot talk about it yet.” Watch the video here.

Naturally, this has led to lots of online speculation that Moyer was implying HBO had plans to release a True Blood movie, just like the network has done with 2008’s Sex and the City as well as the upcoming Entourage movie.

However, when reached for comment, HBO told BuzzFeed that the idea of a True Blood film is news to them. “Nothing at all to confirm,” a rep said. (At time of publication, Moyer’s rep did not have an official comment.)