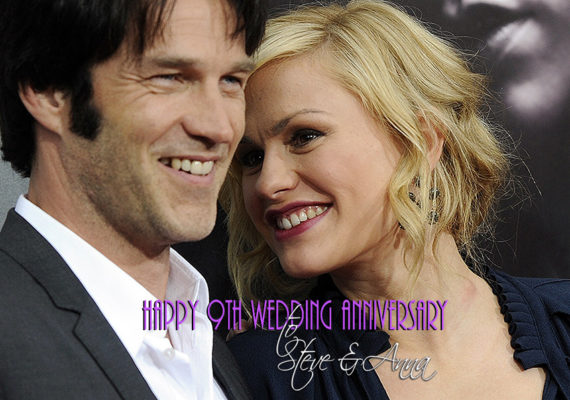 We at AllStephenMoyer.com want to express our warmest wishes to Stephen Moyer and Anna Paquin and congratulate them on their 9th wedding anniversary as man and wife, today, August 21.

They found each other while making True Blood and were inseparable ever since. What a beautiful love story!  It’s hard to believe that it’s been eight years since the couple married on this date in 2010.  How time flies!

We’d like to wish them many more years of happiness and joy
on their 9th wedding anniversary!

With Much Love, Shad, and Lynn

We sure hope that they get a chance to be together on their anniversary to enjoy their special day.  Say Happy Anniversary to Steve and Anna by making a comment below!