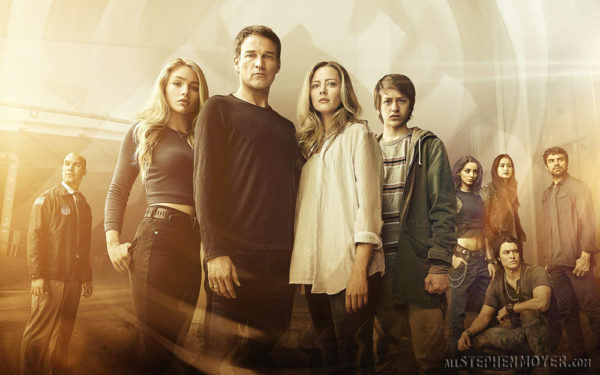 In the latest issue of Entertainment Weekly (EW) dated November 17, 2017, The Gifted is mentioned on the “What to Watch” page.

It’s not a big mention, but a mention it is, which we think bodes well for the show which is now half way through the season of 13 episodes.

Now that Reed and his family have embraced the Mutant world, we think things are really going to heat up in the fight against Sentinel Services. Let’s hope that Reed’s previous experience working for the SS (oops, I guess there’s a Nazi pun there, but I’m thinking it’s intentional) will help the mutant underground to survive. However, from what we’ve seen of this episode so far, it sure looks like those at Sentinel Services are getting geared up to start a really big battle.

Will you be watching Monday night at 9pm on Fox? We sure will!

See the Entertainment Weeklyl mention below in the right column: 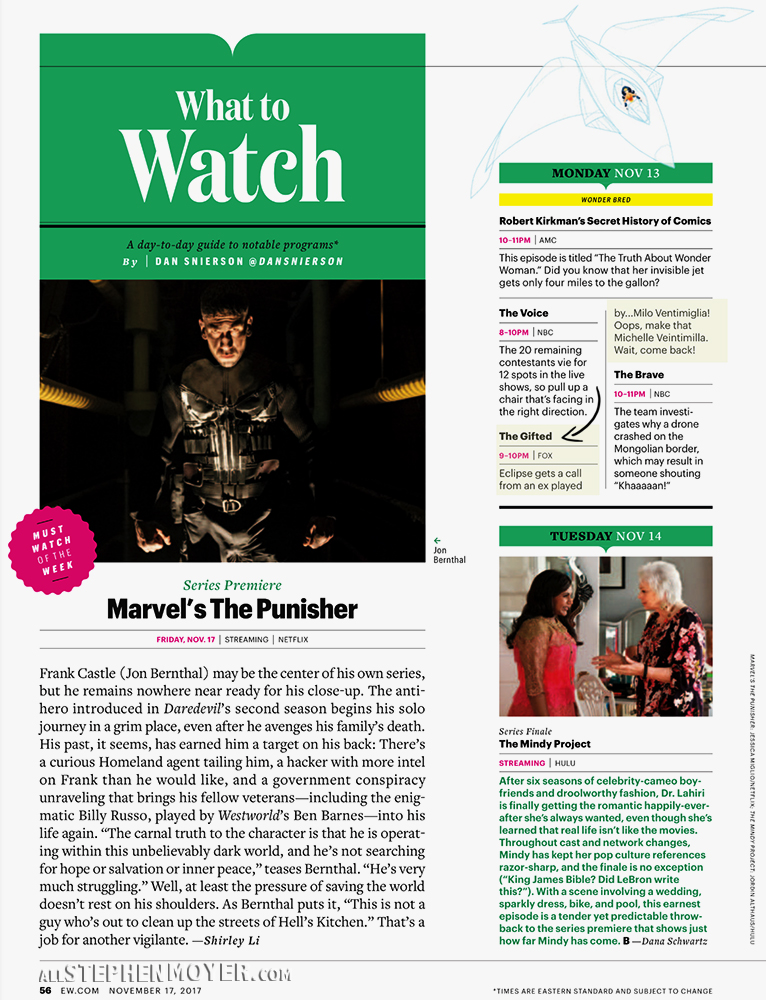