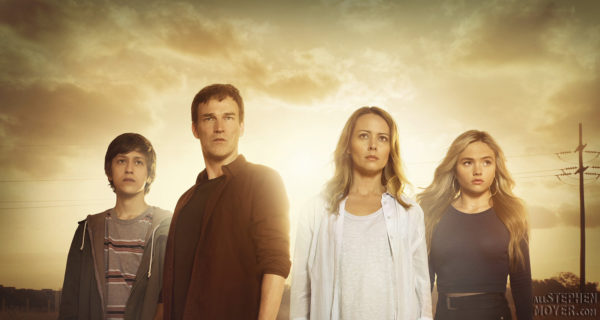 We’ve just learned that Stephen Moyer’s drama “The Gifted” has been cancelled after two seasons. “The Gifted” was set in the Marvel “X-Men” universe. It followed a suburban couple whose ordinary lives are rocked by the sudden discovery that their teenage children possess mutant powers. Forced to go on the run from a hostile government, the family seeks help from an underground network of mutants and must fight to survive.

Why was it cancelled?

That’s easy to figure out, the show suffered from poor ratings and, as we all know ratings is King in the TV business.

After the show’s first season averaged a 1.0 rating in the key 18-49 demographic and 3.31 million total viewers, the average rating for season two almost halved down to 0.59, while the average viewership dipped to 1.95 million.

If you watched Season 2, you know what the fate of Stephen’s character was, so while we’ll miss seeing Stephen on TV each week, we’re glad that he went out with a “bang.”

We’re sure that Steve will find another series, movie or project to do really and we can’t wait to see what it will be!

Still, Stephen was great in the series and his character sure had a blast of a send off in the final episode of the show.  Great job Steve, we’ll be looking forward to your next project.

Read more about it here: variety.com