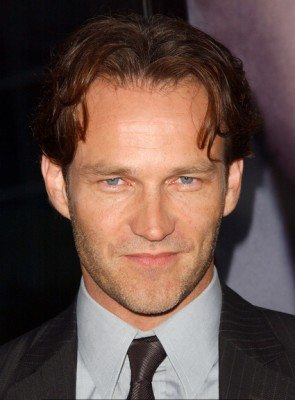 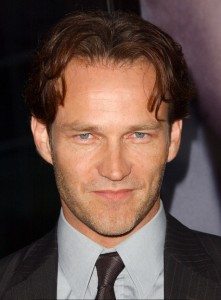 After taking the role of blood sucker Bill Compton on HBO’s “True Blood,” Stephen Moyer suffered pangs of guilt about leaving his two children – Billy, 8, and Lilac, 6 – behind in England.

Moyer never expected to get the role. After reading the pilot script, he videotaped himself doing a Southern accent and sent it to producers.

Soon enough, he was on a plane to Los Angeles to meet them.

“I had been through this kind of thing three or four times,” he said. “You go all that way and things don’t work out. I kind of went with the attitude, whatever.”

He recently talked about completing the first season of “True Blood” (tonight at 9) and how the series changed his life. (HBO has already renewed the show for a second season.)

Part of the change is his traveling. Moyer often zips from the United States to England. Leaving his children behind was difficult.

“It’s the toughest part of this job,” he said.

Unlike his character – a distant and mysterious vampire who has to control his violent nature – Moyer is open and giving in an interview. He’s also homesick.

Even when the conversation goes into the making of the show, based on a series of popular books of the same name by Charlaine Harris, Moyer drifts back into talking about his children.

“I bought them a computer, so I talk to them every day,” he said. “It’s like they are in the room.

“In fact, we probably spend more time talking now than we would if I were at home. That moment has to count for us, and that’s beautiful.”

They’re also used to seeing what daddy does for a living.

Before his children made a visit to the “True” set, Moyer wanted the nanny to prepare them for the worst.

“Just warn them that I don’t look all that great,” he told her.

His face was covered with prosthetics for a gruesome scene.

Once his children got to him, he wasn’t ready for their reaction.

“My daughter sat in my lap and talked about puppies,” he said, laughing.

His son barely acknowledged his father’s disfigured face, preferring to talk about a trip to the museum.