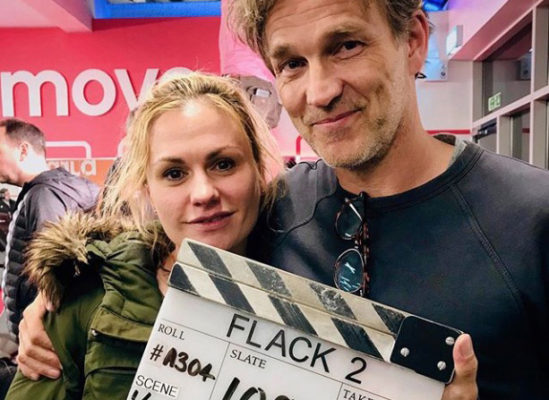 Today, Stephen Moyer posted on his Twitter and Instagram accounts saying that CASM’s Flack Season 2 has been picked up by Amazon.

Very excited to share that our show ‘Flack’ has been sold to Amazon in the US.
We are not quite sure when it will be airing yet but as soon as we know we will share.
Here’s a picture of Anna on set in character as Robyn. Described today in Deadline Hollywood as ‘a female version of Walter White, Don Draper or Tony Soprano’
Or maybe she’s giving me that look because she either hates having her picture taken or being directed by me 🤪

Below is the photo of Anna that Steve mentions above: 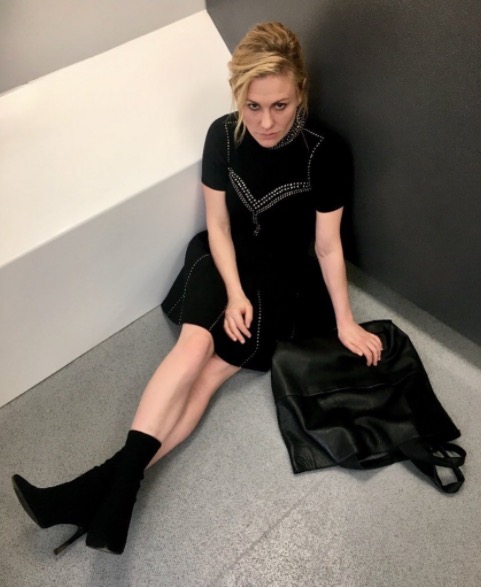 Deadline Hollywood posted about it first on their site saying:

EXCLUSIVE: Anna Paquin’s Flack has found a new home in the U.S. after Amazon picked up the dark comedy-drama.

This comes after the series, which was created and written by Oliver Lansley, was surprisingly dropped by ViacomCBS’ Pop TV, a week before the second season was set to air. Seasons one and two will air via Amazon in the U.S. and Canada

Deadline understands that Amazon’s deal also gives it the right to consider a third season of the show, which is produced in association with British broadcaster UKTV.

Set in the world of high-stakes celebrity public relations, Flack stars True Blood’s Paquin as a master of the dark arts of PR. It is produced by Episodes producer Hat Trick Productions and Paquin and Stephen Moyer’s CASM Films.

It marks a nice turnaround for the show, a 45-minute series that sees Paquin take on an anti-hero role, a female version of Walter White, Don Draper or Tony Soprano.

The six-episode second season, which features new cast members Sam Neill, Daniel Dae Kim, and guest star Martha Plimpton, picks up with Robyn (Paquin) putting her life back together after her myriad addictions got the better of her at the end of season one. Focusing on rebuilding her relationship with her sister and keeping her clients out of the headlines, she must also face a new and unexpected revelation head-on. Meanwhile, her boss Caroline (Sophie Okonedo) is surprised to see her ex (Neill) return, while Eve (Lydia Wilson) is tasked with keeping new client Gabriel Cole (Kim) satisfied, and Melody (Rebecca Benson) is adjusting to a new life after leaving the firm. Plimpton will appear in an episode as Robyn’s late mother.

We couldn’t be happier for all of those associated with this show and congratulate CASM. I’ve been waiting patiently to see Season 2 for what seems like a long time and now I can! Yea! ~lynn