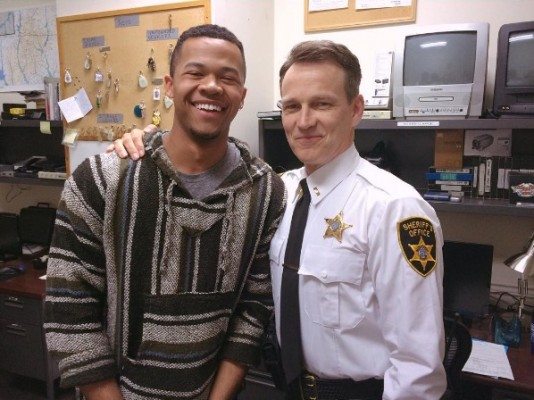 Below is the very first photo we’ve seen of Stephen Moyer in his role of Officer Breeland in the new Fox drama, “Shots Fired.”

The photo was taken on the set of the new series where this lucky fan and fellow actor, Ryan, who got his pic with Steve. Ryan was also in the scene of the show, and looks as delighted as we are to see Steve in uniform. 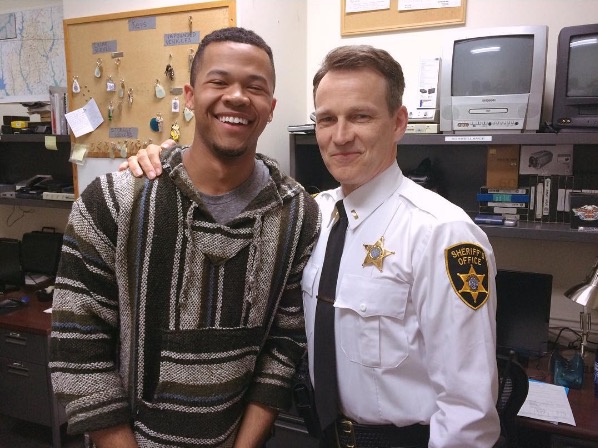 And, of course both men look awesome and it’s great to finally get a picture of Stephen from the set.  Love a man in uniform and Stephen is no exception!

Ryan lists himself as a student and aspiring actor on his Tumblr page and we thank him for sharing the photo.  Great shot Ryan!

Thanks to Karen for finding this photo!