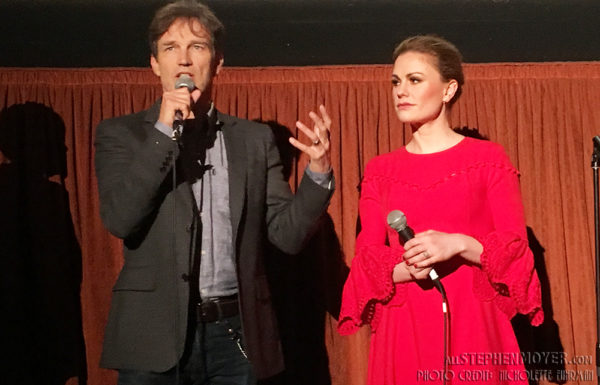 She sat in the second row to see Anna Paquin and Stephen Moyer and the others from CASM Films for the Q&A after the film.  Below is her account of the event including photos and videos. 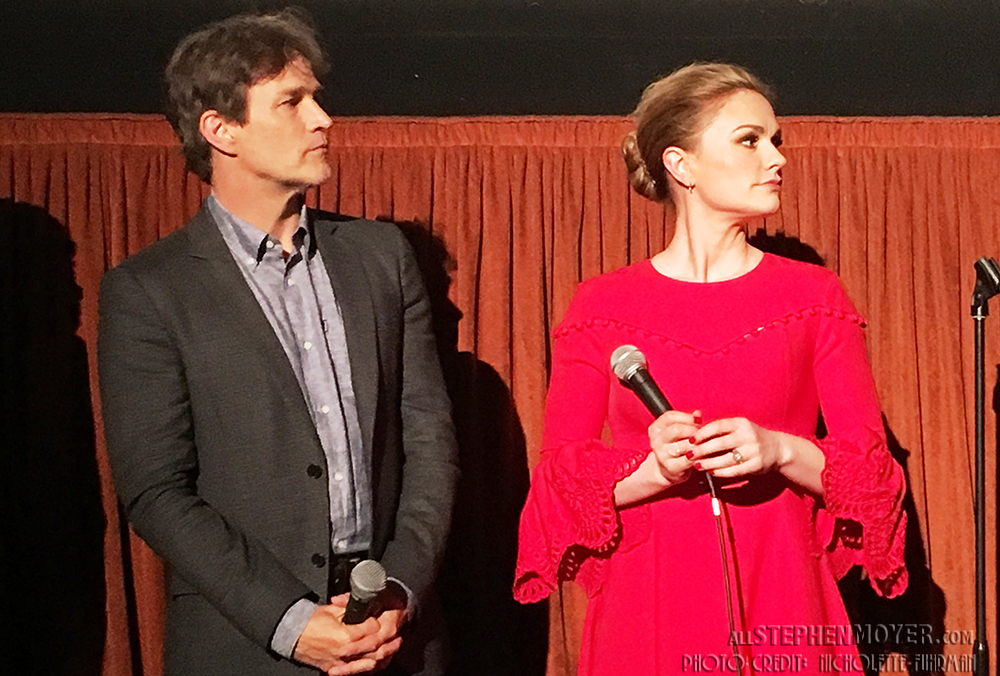 Luckily I found out about “The Parting Glass,” Stephen Moyer’s directorial debut, playing at the Santa Barbara Film Festival on the Thursday prior to the screening thanks to CASM Productions, Stephen, and Anna announcing it on Twitter.  I couldn’t believe that this film festival fell off of my radar, and I found out so late after making other plans! Nevertheless, I was determined to drive those 75 miles in the pouring rain to see the film that I have been hearing so much about since early last year and to view the Q&A with Stephen, Anna, and the producers Cerise and Mark following the screening. And so, I went!

I pre-bought the 4-pak rather than purchase one ticket knowing that I would have a better chance of getting in after the VIP’s to get a seat despite the risk of the seats being full.  Also, my companion got sick and no one else was available on Super Bowl Sunday to buy the extra ticket I had, so, it was a bit of an expensive day for me – but so worth it!! 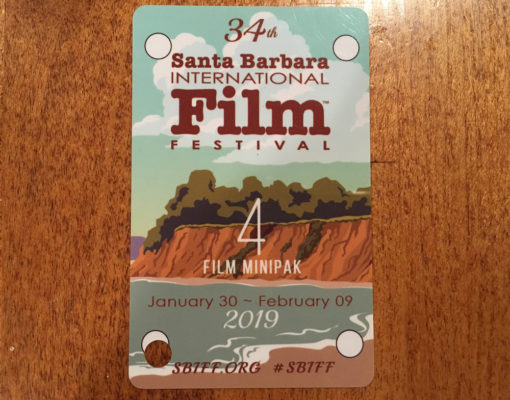 As I stood in the freezing cold drizzle waiting in line (first place, mind you) I spotted Stephen, Anna and the producers right in front of the theatre!  I missed my photo op, but that came later. Stephen looked like a prince in his handsome suit. Anna looked stunning in a coral red pretty dress and tan stilettos with beautiful makeup and hair.  This was the first time I saw Anna in person and the second time I saw Stephen.

After my line was given the go ahead, I walked in and walked right past the beautiful couple.  They really bring back the much needed Hollywood glam. I so wanted to approach and greet them, but it just wasn’t appropriate, so I moved on into the theatre.  The first five rows of the theatre were completely empty!! “Could these seats be reserved for them or others,” I thought. No – these seats were up for grabs. So, I sat second row center.  I then realized that I would not be able to view the film properly at all, so I moved to the third row center. This was still very close to the screen, but it would do. I was very close to where Stephen and Anna would be talking so that was fine with me.

The festival hostess of the screening came out to announce the film then introduced Anna, Stephen and the producers.  Once they were out, Stephen took the microphone and jokingly said, “I must say that I really resent the fact that Anna received more applause than I did!”  He also went on to thank everyone for coming out in the rain – he “thought he would bring a bit of his homeland’s weather with him.” He briefly described the film and mentioned the theme of love, and how everyone likes to see that in films.  Then the film began and the film crew and star exited the theatre.

What is the film about?

The film is about a family trying to figure out why their sister had died and come to terms with the fact that she had done the unthinkable after learning that her death was not accidental.  The characters are either in denial or wrack their brains trying to figure out “Why?” The actors in the film are all accomplished and well respected among their peers. Denis O’Hare’s and Anna Paquin’s energy seemed right on, and at one point Denis let out a primal scream that went through my body like lightning.  This is not an upbeat film, but a realistic telling of a sad and true story.

After the screening, the crew and stars returned for the Q&A.

Below are several photos I took (even though I think it was probably a faux pas to do so, but I noticed a girl to my left clicking away with her phone so I figured it must be OK).  Also attached are a few brief video segments. I remember the hostess asking Stephen and Anna how they got the great cast and Anna said that each of them knew the actors some way or another and the actors all worked for scale.  Anna said that she did the film because she “slept with the Director.” She winked at the audience and said, “It was totally worth it! And we have 2 kids now.” Loved that!!

At one point I was very intrigued by a topic they were discussing and Anna picked up on my interest.  She looked right at me and said, “And that’s the reason why.” That was a very exciting connection.

I asked them about their distribution plan for the film.  Cerise replied, that just yesterday it had been picked up by a major distributor. Everyone clapped and congratulated them.

We then exited the theatre and Anna and Stephen were right in front of me.  I noticed a tattoo on Anna’s right heel but couldn’t make out what it was. Stephen put his arm around her, and it warmed my heart. Such a nice, hard working, beautiful couple who appreciate their fans’ support. I was SO tempted to talk to them further, but I restrained myself.  “This isn’t Comic-Con,” I told myself. “This is a respectable, professional film festival where we enjoy the craft – we don’t hound the actors and filmmakers.”  So, I moved along. I smiled all the way back to my lonely car in the cold rain.

Below is a short video that Nicholette shot during the Q&A with the CASM crew:

See photos from this event in our AllStephenMoyer.com Photo Gallery by clicking on the button below:


AllStephenMoyer thanks Nicholette for sharing her story, photos and video with us. It’s so welcome to the Stephen Moyer fans who can’t attend these events to learn more about this film. It’s also great to see the people involved with it’s creation talk about it.
Anna PaquinStephen MoyerThe Parting Glass