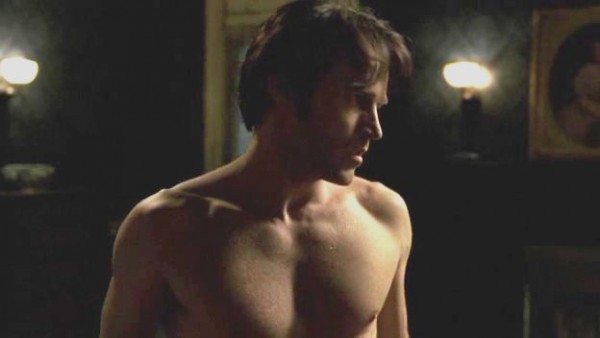 Reader of this website Wiwa, wrote me an email explaining to me that I somewhat misunderstood this article. She says:

The article you’re quoting is a response to a question posed by a blogger (Natasha) on a different site – My Internet is Where I Want to Touch You:
http://natashavc.tumblr.com/post/342393986/ladies-and-gay-homosexuals-of-the-internet

Choire’s article is a response to this original blogger’s question, posted at the AWL site, the one you sourced. If you read down the comments underneath you will see a response to a comment by Choire – he’s a guy (at least based on his web cam picture) and he IS a fan of True Blood. It’s the blogger who posed the original question (Natasha) who doesn’t watch the show.

She quoted part of Choire’s response, and summarized with it in a way that I thought was quite clever, referring to Stephen’s Bill as “Servicey and Stunning”.
Here’s a link to her blog post referencing Choire’s reply:

So the writer of this article does watch True Blood, but it’s obviously a different True Blood than I watch.

Even though the writer of the following article doesn’t watch True Blood, she hits the nail right on the head. She describes the fans of Bill as “diary-keeping young persons who think that love is a Victorian battle of all-out devotion, suicidal ideation and hyperactive, engineered passion”. I feel like somebody just looked right into my soul and read my most inner thoughts, that description… well… that’s me!….. NOT!

The description of Bill also fails miserable. I couldn’t tell you about Stephen’s high tolerance for alcohol, but the writer of the article must be one of his drinking buddies…. NOT!

Another thing from this weird article that I don’t understand is why having a fantasy or two about Stephen Moyer (or Bill, or any other celeb for that matter) would be disturbing. There is nothing wrong with wetting your appetite and then go home for dinner. 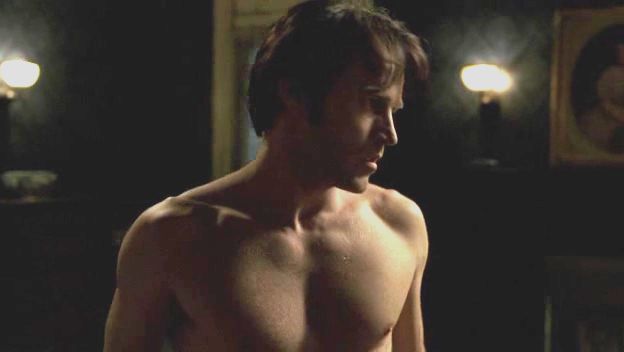 In the wake of the Golden Globes, the Internet has asked: “Explain to me the hotness of this guy in 6 sentences. I do not doubt his attractiveness. But the moisture ratio of lady flowers on the internet about this guy are reaching Draper proportions. THIS INTRIGUES me enough to ask the question but not enough to watch True Blood.” God, six sentences? Okay.

The sexual thing people have for Stephen Moyer (fiance of True Blood co-star Anna Paquin) is disturbing and two-fold. The lesser component of it has to do with himself (as opposed to his character): he is a grown-up, 40-year-old, sweary, craggy East End lad, with a checkered English theater past (RSC, National Theatre of Wales, etc.) and clearly the owner of a high tolerance for alcohol and late nights (as well, he has the allure of a man with children from a former relationship, which is a very particular and niche kind of sexual charisma to a certain kind of (needy) person).

What’s more important to his current (read: on-the-Internet) allure is actually more disturbing: it’s that his character is continually smolderingly angry and resentful, constantly unavailable in times of crisis and yet also eternally courtly—Southern and dignified and retrograde, feeding the slightly sick late-antebellum South fantasies that for misshapen reasons give some other kinds of ladies the sex-frisson. He matches up, actually, to all sorts of sexual devotion fantasies: he brutally kills everyone that threatens his love interest, for one thing; he stands up to the insanely regimental vampire society that also threatens his love interest; he also retains an inherent aura of sexual threat as he could accidentally snap his love interest’s neck at any moment. And the Draper reference is, yes, quite apt: he is broody, secretive, just approaching the far side of appropriate age for young women, and as well he’s remote, not at all prone to oversharing—and these behaviors conspire to create a constant and juvenile hysteria of narrative relationship drama, the kind of drama that inflames the sort of diary-keeping young person who think that love is a Victorian battle of all-out devotion, suicidal ideation and hyperactive, engineered passion (as opposed to, you know, constancy, respect and lack of drama). In short, he would never use Twitter, which is all anyone wants in a man.