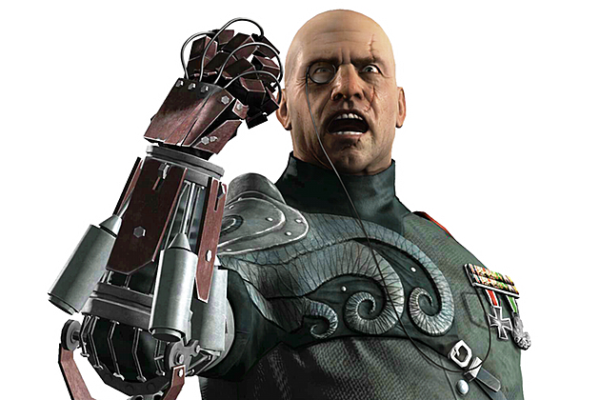 Stephen Moyer’s character, Reed Strucker has a very famous name in the Marvel world and it appears that now we will get to meet some of the Von Strucker villains in an upcoming episode of the series.

Since the names of The Gifted’s leading family was first revealed, fans have been speculating over whether they could in fact be related to some particularly sinister villains in comics lore. Now, thanks to a summary for an upcoming episode, we have a little more knowledge to work with regarding the Struckers and any not-so-good people that may be in their extended family.

According to TV Guide, in episode 8, titled “Threat Of eXtinction,” which is scheduled to air on Nov. 20, Strucker patriarch Reed (Stephen Moyer) will have to reach out to his estranged father in an attempt to learn more about his family’s mutant lineage. After all, both of his kids are mutants — so how did that happen, exactly? According to the cast listed in the summary, Paul Cooper and Caitlin Mehner will be making their debut on the show as Andreas and Andrea Von Strucker, respectively — and X-Men fans will recognize those names as belonging to some pretty Big Bads in the comics canon.

Created by Chris Claremont and John Romita Jr., the Von Strucker twins first appeared in Uncanny X-Men #194 in 1985. They’re the children of the super villain Baron Wolfgang Von Strucker, a former Nazi officer who went on to become one of the leaders of HYDRA (and was played by Thomas Kretschmann in Captain America: The Winter Soldier and Avengers: Age of Ultron).

Like their father, the twins are Nazi sympathizers; they developed bio-energy powers from genetic modification while they were in utero, and can utilize them when they are in physical contact with one another. It looks as if Reed’s estranged family might be a little more menacing than we originally thought.

See what the cast had to say at NYCC about the big change in the series coming mid season of The Gifted below: