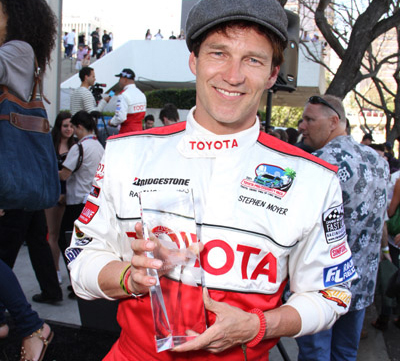 After yesterday’s very exciting qualifying race at the Toyota Pro/Celebrity Race, in which he secured the pole position, Stephen Moyer accepted the PEOPLE Pole Award. This Award comes with a $15,000 check from PEOPLE as a donation of Stephen’s charity of choice. 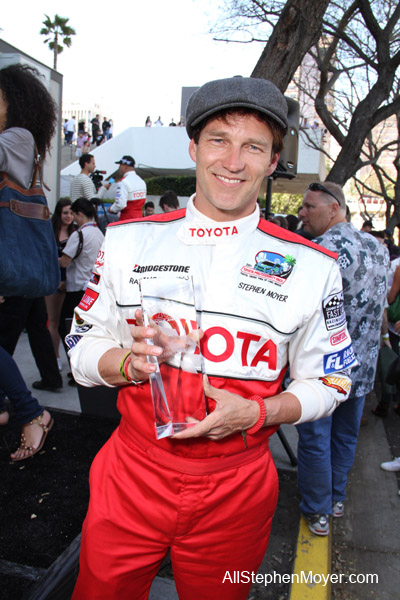 There is a little confusion about which organization the check actually goes to. Stephen’s charity of choice is Facing The Atlantic, but on the check, it says Racing For Kids. We are investigating.

In his acceptance speech, Stephen explains how his crash towards the end of the qualifying race was all tactic and that it wasn’t as smooth as a roller coaster ride.

Check out the photos in our Photo Gallery.

The video was shot by Lynnpd who was at the celebrity compound.