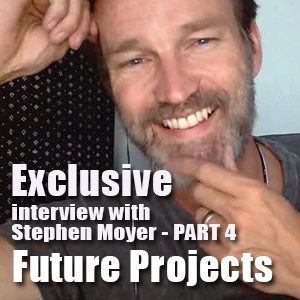 In Part 4 of the interview we spoke about CASM’s and Stephen’s future projects and how TV has changed for the better.

Unfortunately it’s not looking good for the project Stephen and Stan Lee were working on together. “I was very close to signing a deal two days ago, but now I am not sure it is going to happen. Really disappointing, I am just gutted about it”, Stephen says and the disappointment shows on his face. “Stan and I really want to do this series together, so it has nothing to do with us and truthfully it’s nothing to do with the producers either, but it’s just not turning quite into what we had hoped it would. So I am not sure I am going to do it, because my life is here and going to do a job for six months in London has its difficulties.”

“We’re also very exited about a project that hopefully is gonna go in January”, Stephen continues. “That’s me producing Anna in something, I can tell you that much. But again no green light, so I can’t talk about it, they’ll chop my bollocks off if I do… my wife first, she’ll be the first one to do it.”

“Don’t mess with Anna”, I jump in. Stephen replies: “Don’t f*cking mess with Anna, trust me”, and he takes another sip of bottled water.

Being an actor, director, producer Stephen has a lot of irons in the fire. What will he focusing on in the near future?

“One of the things that I am most exited about is the Denis O’Hare project. Denis and I were working on a film script about two or three years ago. A script that Denis had written and I was helping him with it; a New York story, three separate stories that intertwined. Whilst we were working on that, Denis had some very tragic news and that led to us talking about whether he could turn this story about his family into a film….”

Are you referring to the suicide of Denis’ sister?

“Yes”, Stephen confirms. “Denis wrote an extraordinary script and sent it to me about six weeks later. We have been working on that probably for a year now and the plan is to shoot it next year some time. I am really exited about that.”

“Further we have something that we have worked on for six years “Twinkle”, a story about a drunken ice hockey player and that would be again next year sometime. But we are not anywhere near to having that one done. Then there is something that Anna is writing. And there is a project that a very big American actor came to us with which we are trying to get done. There is lots happening; there is lots and lots happening. There is an HBO film, a mini series, 2..3 or 4 independent movies and there are a couple of ideas that we are starting to try and mold into actual television series.”

“I’ve been wanting to write for a long while and I was just working with Rufus Sewell on ‘Killing Jesus’. Rufus is a very old dear friend of mine whom I love and we had such a love and thought we should do something together. We both have worked with my dear friend Simon Burke who did NY-LON. Simon wrote a mini-series called ‘Zen’ that Rufus did. So yeah we have every intention of getting Simon Burke to do something…. so if you want to write to Simon and say that ‘Rufus and Moyer want to work with you f*cking sort it out’…. sort that out for me”, he says grinning. “I’ll leave that in your hands.” 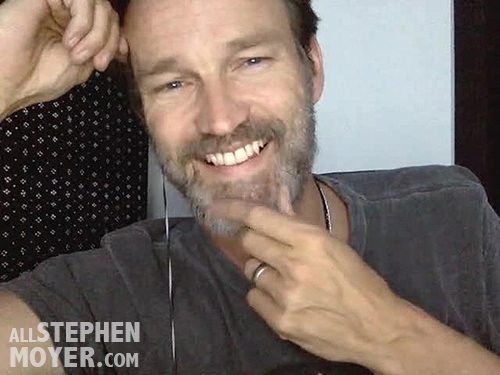 The majority of films shown in the theaters these days are special effects movies made for a young male audience. Television has stepped up by producing the best drama and comedy we have seen in years. What do you think about this?

“Mad Men, Breaking Bad, True Blood, West Wing to some degree because it is still my favorite TV show really, what they prove that you can do… and what I mean by saying to some extent is that West Wing as much as it was about all of those characters, what the other 3 shows do is that there is a non procedural element to them. Telling the story of Walter White, of Sookie Stackhouse, of Don Draper over 70 hours as opposed to one and a half hours. What that gives you the ability to do is almost Dickensian, each chapter used to come out every week in the newspaper and everybody would pour over the new Dickens chapter and that’s how his novels were written and that’s kind of what television has become. Instead of trying to cram it all into a movie you get to tell it over this long form. As you probably know me and Anna are obsessed with ‘Sons Of Anarchy’ and I have to say Kurt Sutter is heading towards the perfect final episode. As you probably heard it’s described as Hamlet in leathers and that Hamlet character is reaching his end. If he follows Hamlet to the letter, Hamlet is going to be dead. Sutter has crafted a very consistently high quality of storytelling. I wouldn’t be the first one to say that we had our hits and misses in True Blood, but the one thing I always say is whether you like some of the stuff we did or not it was always fun. You could never not watch our show and not have fun. You may be sitting there going ‘WHAT THE F*CK ARE THEY DOING NOW!’ But it was always fun.”

Stay tuned for part 5 of our exclusive interview!