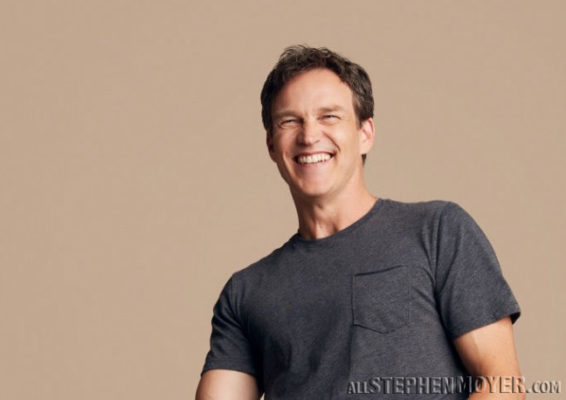 See the excerpts from this interview below:

You’re back for season two of The Gifted, a show that has struck a chord with our times. Why do you think that is?
The X-Men comics it’s based on are templates for how society can evolve and we reprint that in our own way. People really need that right now.

The Gifted features a Hellfire Club but it’s a bit different from the rakish, rabble-rousing 18th-century version…
Yes, I love that they took the name from that. The kids in the show look at me blankly when I go on about the original Hellfire Club in London. In the comic-book version, it’s the result of a mutant uprising and they create what is virtually their own state, where they can live apart from humans and do that by any means possible. They are saying: ‘If you can’t accept us as we are then you must understand that we must have a place where we can be ourselves.’

The Gifted characters have superpowers. What superpower do you crave?
I’d go for the ability to split myself into three or four different people at the same time. Not multiple personalities — that sounds weird — more like avatars who could all be me at the same time. So one of me could be filming in LA and another me could be playing cricket with my son. I’d be able to do everything that I want to do.

You’re an executive producer on your wife Anna Paquin’s show, Flack. How did that work?
I helped with casting choices and stuff like that. We’ve been working on it for three years. Anna plays a London PR who’s brilliant at her job but not at life. I loved the character for Anna: she has this crazy, adventurous personality, she talks too much — I get a lot of that at home. It was a brilliant character for her.

Why aren’t you in it?
There was talk about that but the timing didn’t work so it was probably safer that I stayed behind the scenes.

You loved the role in Flack for her but what would Anna love to see you play?
Right now she’d probably say a trans PR — but I wouldn’t be able to play that these days, I haven’t got the legs for it anymore. Someone who’s good at balancing what’s going on in their real life with the artifice of the outside world. Someone who’s a bit wild. She always loves it when I get a bit wild…

PERSONAL SORT OF STUFF (“off the wall“) questions

‘Ideal home?
There’d be a sign that reads “Can you stop taking photos of me, please?”’

What’s your dream home?
That would be an island where I could surf and it would have enough room to grow my own crops. Oh, and there’d have to be a grand piano. And a sign that reads ‘Can you stop taking photos of me please?’

OK, so what’s your porn-star name?
Ha. The first pet, mother’s maiden name thing doesn’t work but I can do first pet, first street I lived on.

Go on then…
Say hello to Bonnie Common!

Wow, I can imagine the kind of movies Bonnie Common would be involved in.
How dare you! I’m not letting Bonnie loose on your filthy imagination!