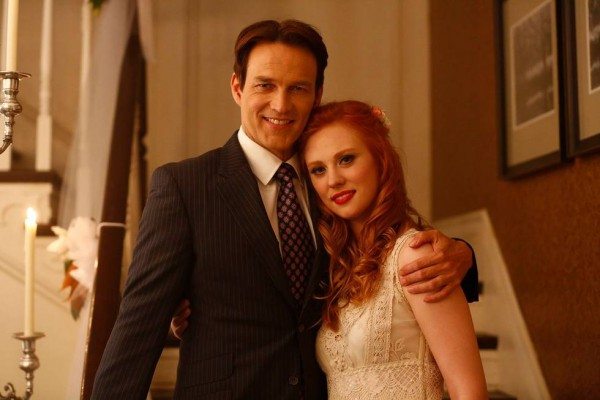 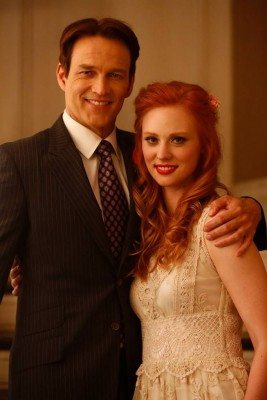 In an interview with HBO’s TrueToTheEndBlog, Deborah Ann Woll talks about what it was like for her, as an actor, to approach this season which changed her relationship with her maker, Bill Compton in a big way.

Some of it was surprising, which is part of what’s fun about our show. I can never quite predict where the storyline is going to go. After six, seven years of working on a character, I start to feel for her the way that I would feel for myself. I have very deep affection for Jessica and what happens to her is very important to me. I think a big moment like killing the faerie girls last year, to have her receive forgiveness for that, almost meant as much to me as it did to the character.

Why did Jessica want to be released? Did she hope that it would change Bill’s mind about dying? Do you think she regrets it at all?

We talked a lot about that. Stephen [Moyer, who plays Bill] had suggested that in a way, Bill’s deciding to let himself die hurt Jessica so much that she wanted to hurt him right back. The strongest way that I can hurt you is by saying that I don’t want to be connected to you anymore. It’s an interesting idea, and I think that there’s a piece of that in there. But also, his journey of dying was going to be so painful that I think a part of her was scared of going down that road with him. In the same way that someone in your life is sick or dying, and the amount of courage it takes to go and see them in that state and acknowledge that they’re going to be leaving soon. She didn’t want to see him like that, didn’t want him to be able to call her to his side and witness his death.

I have. Sookie has always been very honest and straightforward, and especially this season, she and Jessica have been closer than ever. They’ve been allies trying to save Bill. My feeling is that although she didn’t want to ruin some of the happiness of Jessica’s wedding day, at some point Sookie had a conversation with her about what Bill wanted. In a way, Sookie did Bill a great favor. She saved him some of the pain and turmoil that he would have gone through. I think she and Jessica came to terms with the decision together.

In the finale, Bill sort of arranges Jessica’s marriage to Hoyt, which she understandably doesn’t react well to at first. What makes her go from “No way” to “Let’s do it today”?

Bill comes from another era, where marriages were arranged. You saw how he was paired with his wife, and it turned out very well for him because Caroline turned out to be the love of his life. But Jessica is a modern girl, and here are these two men making this enormous decision for her. For the young girl who was subjected to the tyranny of her father so often in her human life, I wanted to show how she became an independent woman who didn’t have to rely on anyone — man or woman — to make her decisions for her.

That’s what was great about the scene upstairs with Bill in Jessica’s bedroom, and it’s probably my favorite scene of the finale. What was wonderful about that was that she had a moment to hear Bill explain himself and how he never got to see his daughter get married or have the family moments he wanted to so much. Jessica heard his sorrow and regret and realized, “If there’s any gift that I can give that will mean something to him, it’s letting him be part of my marriage.” Even though it’s way too soon and maybe this isn’t the right person for me. It doesn’t have to be legal, it doesn’t have to be anything except a moment where I can assure him that I’m going to be fine and he can feel comfortable leaving.

Are there particular storylines from the seven seasons that you especially cherish?

I’ll go to my grave saying that I just love the Jason-Jessica storyline. I will always remember those scenes with a lot of nostalgia. But also my time with Bill. If I look at the arc of Jessica and Bill over the years, it was just a really great story. To end where we did — how the parent becomes the child and vice versa – it became a nice, full story of Jessica’s going from infant to adult.

Read the rest of this interview with Deborah Ann by going to truetotheend.com.