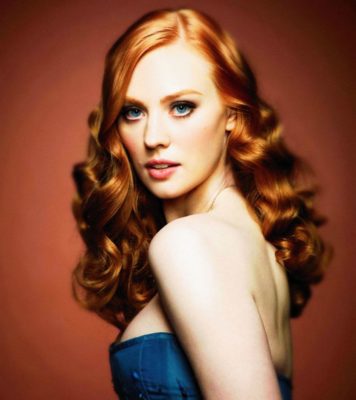 Deborah Ann Woll talks about the relationship between Jessica and Bill in an interview. One of the best things about True Blood vs. the books are the new characters that Alan Ball and his writing staff have created. And, perhaps the best example of this, is the baby vampire, Jessica. We first met the character of Jessica in Season 1 when Bill Compton was forced to turn her as punishment for having killed another vampire.

Deborah Ann Woll was cast in the part and has fulfilled the part amazingly well.  So much so that she is now one of the more popular members of the cast.

Jessica’s relationship is growing with Bill this season, her relationship with Hoyt is about to fall apart and the possible triangle created with what might happen between her and Jason Stackhouse has made for good viewing.

Below is the part of an interview with New York Magazine’s Vulture section where Deborah Ann talks about her relationship with her maker, Bill Compton.

Question: Part of being a vampire is being loyal to your maker. How would you defend your character’s maker, Bill Compton, who’s become a jerky politician?
DAW: He’s under incredible pressure. And he has some incredibly powerful people making decisions for him. I think Bill is as disappointed with that as we are. Bill is really alone now. He doesn’t have a family except Jess, and I think it’s really wonderful that this season they get to [bond] quite a bit. Because things aren’t going so great with [her human boyfriend] Hoyt, [Bill] is all that she has.

To read the rest of this interview with Deborah Ann go to: nymag.com