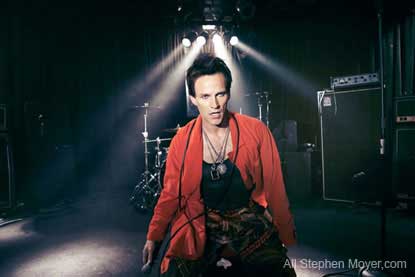 Bullett Magazine recently shot a cinematic photo shoot, and subsequent interview with Stephen Moyer at the Viper Room in LA.

According to The QuestForIt, there is soon to be a video (yet to be released), from that shoot.  Once it’s released, we will have it here, so be looking for it!

As you all know from the previous postings here, in the interview in the magazine, Stephen effortlessly assumed the role of a glam star for the magazine’s Spring Fashion story, “Return to the Soft Gore” which channels Velvet Goldmine. In the interview, he opens up about his speedy rise in Hollywood, the new season of True Blood, his obsession with the “dark scratchy side of the world,” his dogs’ passports and his loathing of excess plastic.

Also, Stephen’s three latest films are about to hit the ground running and we have individual pages here on AllStephenMoyer.com devoted to each of them–The Double, The Caller, and Priest. And as new images and information become available for each, the pages will be updated, so stop back often.