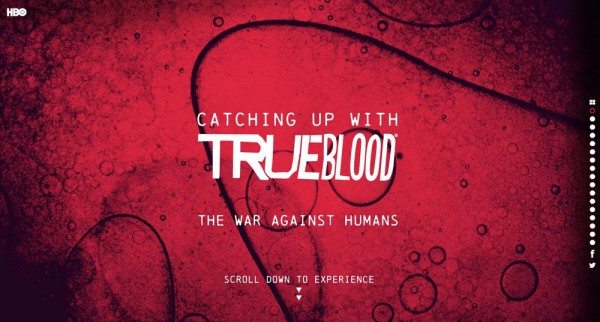 HBO has launched a new site called “CATCHING UP WITH TRUE BLOOD: THE WAR AGAINST HUMANS.  Its a site that is designed to recap what happened last summer when True Blood Season 5 aired.  They want us all to be ready for the new Season 6 when it premieres on Sunday, June 16.

The site is full of many photos and several videos to describe the most important highlights of the fifth year of the show.  Below are a few examples of what you can expect to see there. Better yet, why not go over there and see for yourself at recap.hbo.com/true-blood.