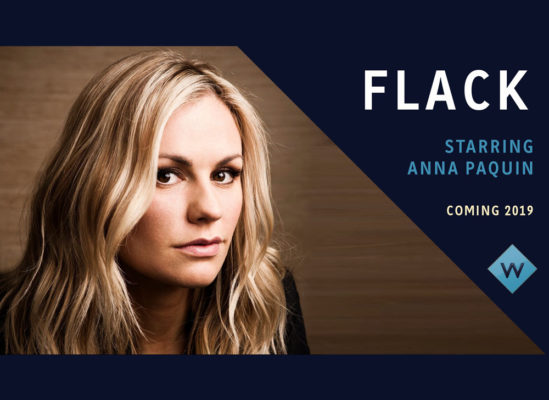 We’ve got lots of info and casting news for CASM’s new series, Flack which stars Stephen Moyer’s other half, Anna Paquin which began production this week in London. 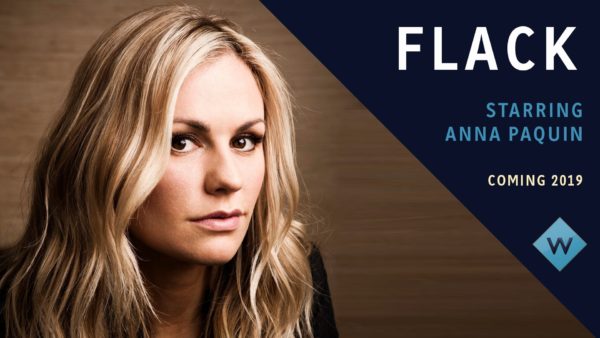 The series is set for six episodes and written by Oliver Lansley and Executive Produced by  Cerise Larkin, Stephen Moyer, Jimmy Mulville, Anna Paquin and Helen Williams. Director Peter Cattaneo will be the lead director on the series, the first U.S.-UK co-commission for CBS-Lionsgate joint venture Pop TV and UKTV.

Created by Oliver Lansley (Whites, Alice’s Adventures Underground) and directed by Peter Cattaneo (The Full Monty), the limited series of six hour-long episodes is expected to begin production in London later this month; and is expected to premiere in the U.K. on UKTV’s entertainment channel W sometime in 2019 No U.S. airdate has been set.

The series is set in the fast-paced and cut-throat world of celebrity PR. Equal parts hilarity and heart, it reflects the brutal reality and complexities of modern life where problems can go viral in an instant.

Paquin plays Robyn, an American PR executive living in London who must figure out how to make the best of bad situations and somehow manage to get out unscathed. While her wit helps her accomplish her professional responsibilities, her personal life is often neglected. Robyn deals with high-profile clients, including entertainment, fashion, and sports personalities; and tackles issues that surface when working in the modern digital age in which scandals easily go viral.

Below is a character breakdown of the cast:

As more information becomes available, we’ll be sure to keep you informed.