Brentwood Theatre is a small community theatre in Essex, UK. Stephen Moyer, born and raised in the Brentwood area, became the theatre’s first Patron in 2007. His initial effort as Patron was supporting the “Reaching Out, Building On” campaign to help fund the 2008 completion of the backstage facilities renovations. We actively supported this fundraiser by purchasing several bricks as a group and as individuals. The bricks can be found on a wall inside the theatre building. 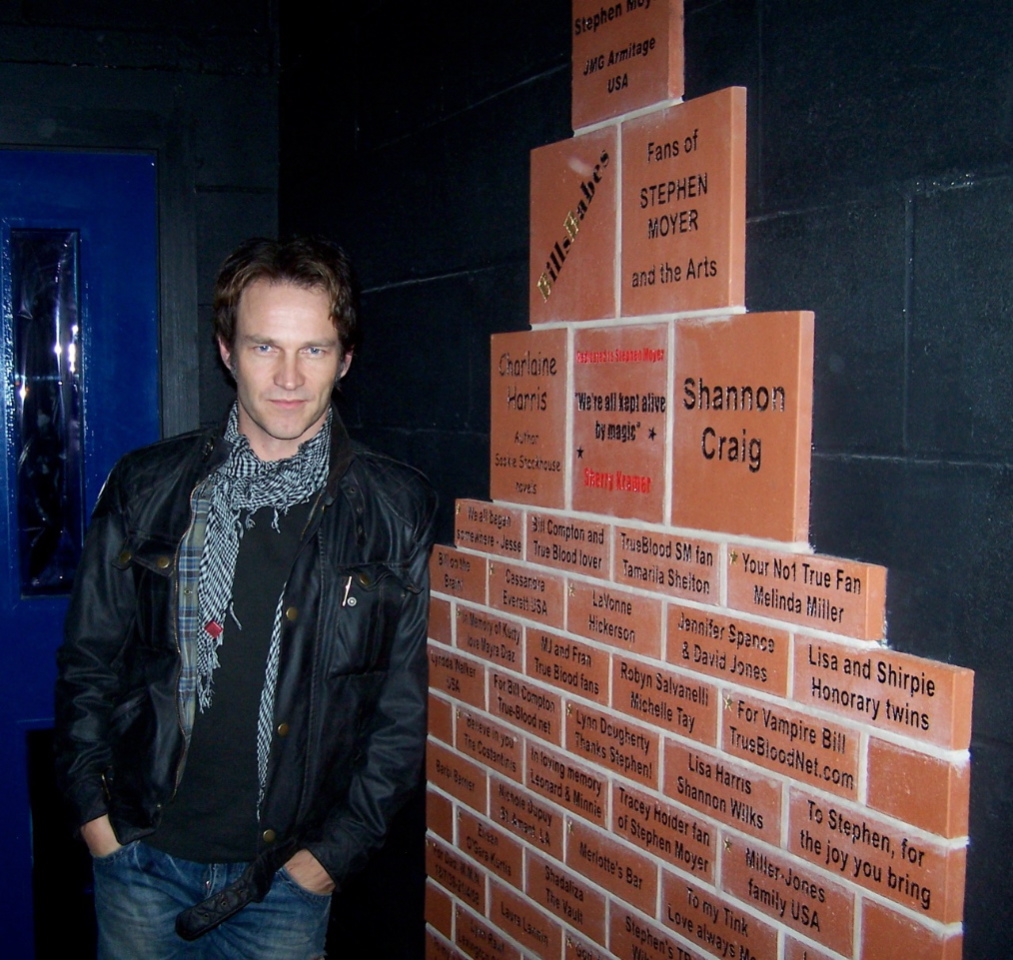 In December 2008 we opened the Billsbabe’s Shoppe, a non-profit fan store hosted by CafePress. The shop is filled with apparal and merchandise with original designs created by Shadaliza and Lynnpd. In 2011 the Zazzle Shop followed. With every item purchased a mark up is donated to the Stephen Moyer Kids Theatre Fund of Brentwood Theatre. We do not make a profit from these sales. Visit the Billsbabe’s Shoppe here or our Zazzle shop.

The fundraiser we organized during the summer of 2010, The Stephen Moyer Kids Theatre Fundraiser, raised thousands of dollars in support of the Christmas show of the theatre. Hundreds of school children received free tickets to “The Plotters of Cabbage Patch Corner” and were able to attend the show and experience the thrill of live theatre. The children had a wonderful time and many wrote “thank you” letters, we posted several letters here. Stephen Moyer and Anna Paquin were part of the show lending their voice to Mr. and Mrs. Big One.

To learn more about Brentwood Theatre please visit their website.

We have conducted many campaigns to aid Brentwood Theatre, as follows:

You can make a direct donation to the Stephen Moyer Kids Theatre Fund using the below PayPal button that was provided by Mark Reed, administrator of Brentwood Theatre.