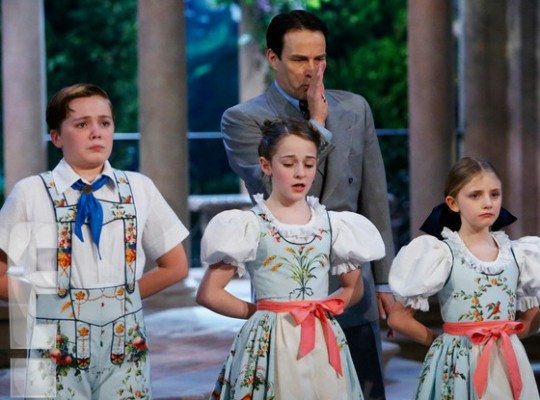 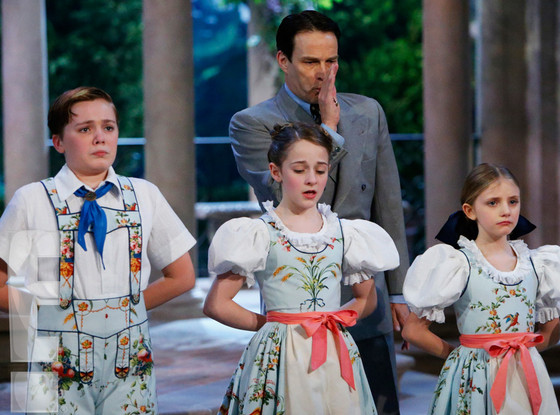 On a break from rehearsal, just prior to the cast’s very first run-through, TheaterMania caught up with Stephen Moyer to chat about the highly anticipated telecast, whether or not he’s extremely nervous, and if Broadway is on the horizon.

So we’re a day away from the broadcast. How’s the mood on set at this point?
We’re alright. We’re about to do a run this evening. It’s our first, do you believe? We’ve been camera blocking for about two weeks now and had Thanksgiving off. The camera blocking was a little more complicated than we thought it would be. It’s a bit scary [but we’re] very excited. It’s gonna be nice to have a couple runs before Thursday.

Tell me about how you landed the role. Did you audition?
No, I didn’t — it was a straight offer. I was mid-rehearsals for Chicago, which I was doing at the Hollywood Bowl, and this came through. I met [producers] Craig Zadan and Neil Meron and heard their hopes and dreams about what they were trying to achieve, and spoke to [director] Rob Ashford on the phone. It was lovely to understand his take on it. It’s been lovely…a proper rehearsal period where we got to explore.

Do you have any special connection to the material? Do you have a reverence for the show or film?
I don’t know if it’s one of my favorite films of all time, but I do love it. I certainly spent a lot of time watching it when I was a kid with my sister. When my daughter was young, she was just in love with it. She used to call the whole movie Doe-a-Deer. “Can we watch Doe-a-Deer?” The other day when I said to her we were rehearsing “Do-Re-Mi,” she said “Silly, it’s not ‘Do-Re-Mi,’ it’s ‘Doe-a-Deer.'” It’s a beautifully constructed piece. I love watching Rodgers & Hammerstein shows. You tend to forget how well their books were put together; the actual libretto [by Howard Lindsay and Russel Crouse]. The narrative flow and the drama, apart from the amazing numbers, it all really flows well.

Are there any similarities between Captain von Trapp and your True Blood character, Bill Compton?
In some respects, yes. von Trapp’s a bit broken inside. He’s at the point where he’s lost his love, his wife; the children remind him of her, so he spends as little time with them as possible. Bill was taken away from his wife and therefore has roamed the earth in mourning.

Read the complete interview at the source.