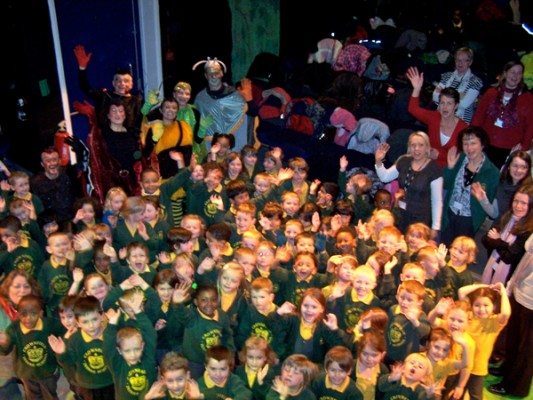 Brentwood Theatre has a special place in the hearts of Stephen Moyer fans. Many donated for the “Buy a Brick” fundraiser back in 2008 and have their names proudly displayed on the wall of the theatre and many donated in our Stephen Moyer Kids Theatre Fundraiser earlier this year and engraved their names on the virtual wall on AllStephenMoyer.com.

With the money we raised together this year, three schools were able to attend the theatre’s Christmas show “The Plotters of Cabbage Patch Corner” and the children had a blast! 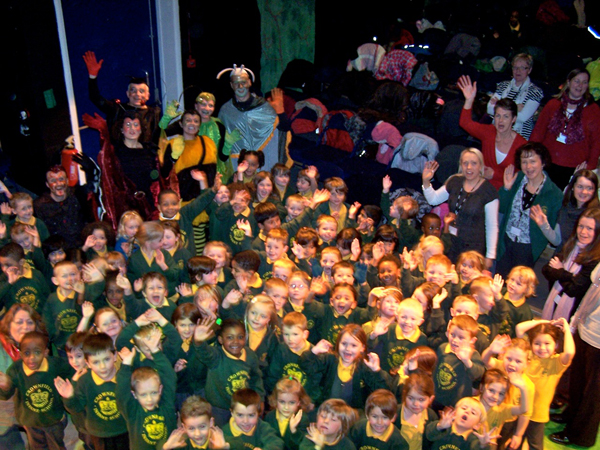 Our special reporter Tinchy went to Brentwood Theatre last week and attended the show. This is Tinchy’s story.

As a fellow Billsbabe I donated and spread the word about the Brentwood Theatre – Stephen Moyer Kids Theatre Fund to show my support for Stephen Moyer. I love the fact that Stephen Moyer is a patron of the theatre, and that he keeps true to his roots and has not forgotten where he came from.

Brentwood Theatre is situated in a small niche between two larger buildings. When I went inside I was impressed by the lobby area it is very open and bright and everyone who works there is so friendly, (and answered all my questions). There is the Spotlight Bar where one can sit down and have a coffee, tea or other refreshment and wait for the show to begin. When you walk inside you see pictures of current and previous shows and information about the theatre.

I spoke to Production Manager David Zelly first. He was really excited to talk about the show and explained to me the story of the “Plotters of Cabbage Patch Corner”. Mr. & Mrs. Big One (Stephen & Anna) have a garden that they only understand on the surface. In their garden is a whole world that they have no knowledge of. The insects call them Big One because they are so tall.

David explained to me that Brentwood is a “fringe” theatre and is not supported by councils or programs in the borough and that our donations allowed children who normally would not be exposed to theatre the chance to experience it. David explained that because the theatre is small all of the pieces are built off-site and are brought back. The pieces are made by hand and you can definitely see the love and craftsmanship that has gone into every aspect of the play. The main auditorium seats between 130-175 people, depending on the size of the stage pieces (The space can be changed as needed). With a story like “Plotters” everything is built largely to show what a garden would look like from an insect’s point of view. You are invited to participate in the show and because the theatre is very small and an intimate environment, it allows you to truly enjoy the spirit of the play. David remarked on how one of the children said: “Wow, this is nothing like TV it’s even better!!”

David spoke of knowing Stephen from a young age and how he has enjoyed seeing how far he has come in his career and that when Stephen can he returns to the theatre. Sometimes he will catch a show (Twits last year) or even help judge in a “Britain’s got talent” type competition etc. By talking with David I saw that not only do those who work at Brentwood theatre love what they do they enjoy being to provide for their community in whatever way they can. You could see by the way David spoke that Stephen was not just a patron who provided a name and a face but a friend who comes to visit and show his support when he can.

While I was there I also took the opportunity to talk to Mark Reed. Mark showed me the “Buy a Brick” walls both inside and outside. The one outside has Stephen brick and the ones inside are international. 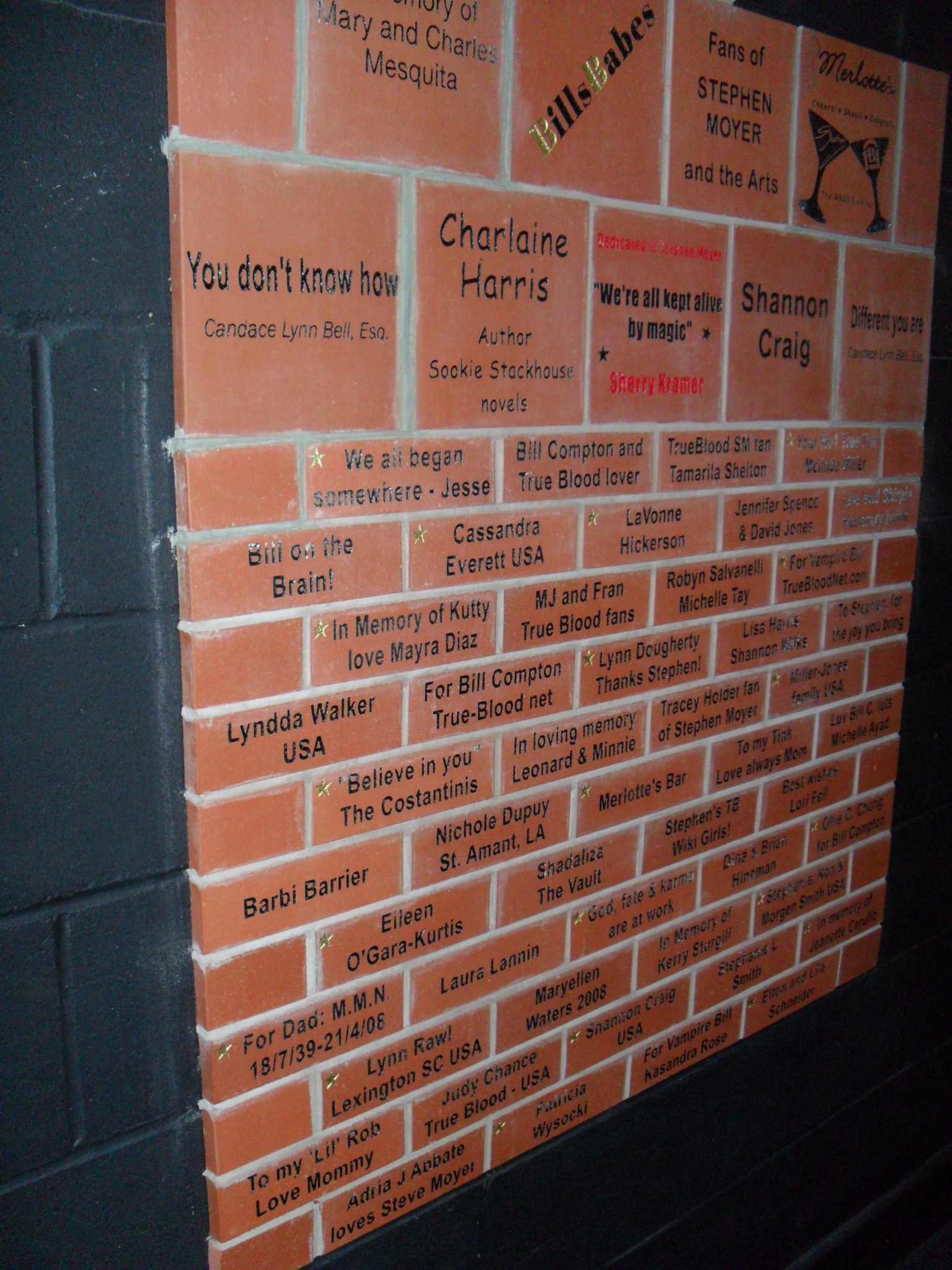 Like David, Mark spoke to me about the theatre and how the whole setup works. He talked about what it’s like to have Stephen as patron of the theatre and how he asked Stephen and Anna to do the voices of Mr. and Mrs. Big One. He also thanked all of us for helping support the theatre.
You can watch his interview below.

To finish I enjoyed my trip to the Brentwood Theatre and will definitely come again. The people are friendly and are truly there to perform their art. By speaking to his friends it also allowed me to see Stephen Moyer from a different viewpoint and shows that like the other cast members of True Blood that he is down to earth and humble about it all. This makes him even more of a star in my eyes.