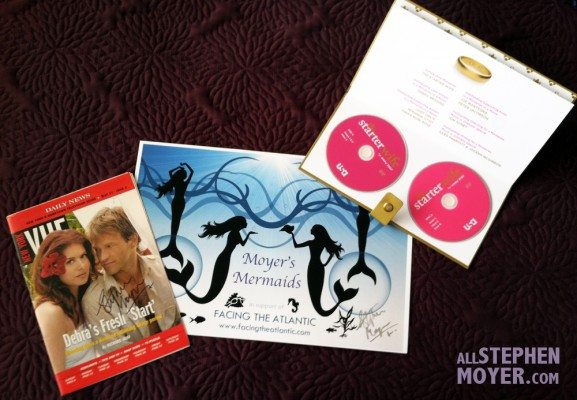 Bertie and James should start their Atlantic row tomorrow, if weather permits and to wish them a safe passage we hold a Bon Voyage auction in their honor.

To stay on topic we’ve picked items with a nautical theme for this auction. And what’s more nautical than Stephen Moyer in a pair of red, wet swim trunks in The Starter Wife?

We are Bon Voyage auctioning off:

– A unique The Starter Wife EMMY Box signed by Stephen Moyer.
The 2007 mini series starring Stephen along side Debra Messing received 10 nominations at the 2007 Primetime EMMY Awards. This box was sent out to present the series to the academy members who vote and decide who wins the Emmy.
The box contains all 6 episodes of the 2007 mini series on 2 DVDs Region 1.

The auction winner will also receive the photo file of Stephen posing with the magazine.

Visit the auction listing and place your bid: http://r.ebay.com/NOS6l9

The auction ends on December 11.

100% of the sale price minus fees will be donated to Facing The Atlantic. 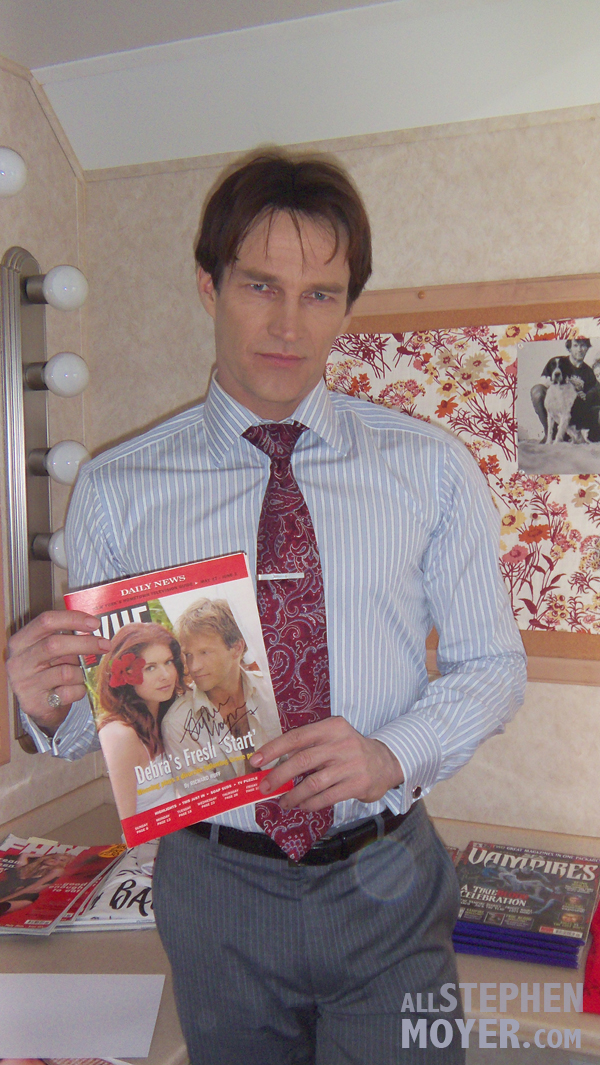 More DVD’s on auction over at Simplymoyer.com, they have two holiday auctions going of Stephen Moyer and Anna Paquin autographed goodies to benefit our mutual charity, Facing the Atlantic.

Click on the link to learn more about their Holiday Auctions.

If participating in an auction is above your budget how about taking part in our Happy Holidays Giveaway. Transform your Holiday presents into a donation for Facing The Atlantic and win one of  the awesome prizes. Read more here.