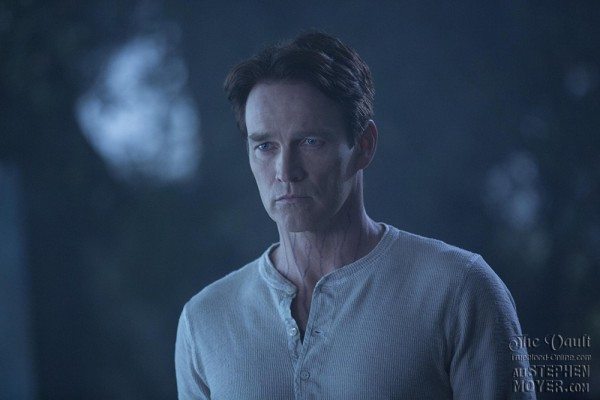 The vampire known as Bill Compton, and played to perfection by actor, Stephen Moyer died in episode 10 of Season 7 on August 24, 2014.

READ OUR OBITUARY BELOW (ORIGINAL FOUND IN BILL COMPTON SECTION OF THIS SITE):

William Compton (William Erasmus Compton according to Dead Until Dark) was a fictional character from the The Southern Vampire Mysteries/Sookie Stackhouse series by author Charlaine Harris which in 2008 was brought to life by Stephen Moyer in the HBO series True Blood. Bill was a vampire and was introduced in the first novel in the series, Dead Until Dark, and appeared in all of the novels. He has also appeared in every episode to date of the TV show.  He is sometimes referred to as “Vampire Bill” by locals in Bon Temps.

In the final episode of the final season of True Blood which ended on August 24, 2014, we saw our favorite vampire of all time, Bill Compton die.

It’s true that Bill did not want to be a vampire and never really embraced his new form except for the few times when he achieved power and when he became a vampire god. After his godlike powers were gone at the end of Season 6 and throughout the final season 7, Bill was a sad vampire longing for his human life.

He continued to regret, throughout all 10 episodes of the final season, his time as vampire and was unhappy with what he had done and become, even though he and Sookie had rekindled their love. He felt so much guilt about what he had done that he begged for death and asked Sookie to help him accomplish it. 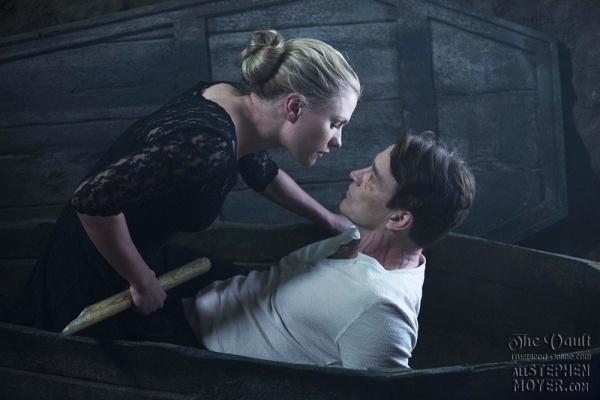 For Bill Fans, this death was devastating and while we still think that Bill should not have died, we could recognize Bill’s desire for death. Even so, we weren’t convinced that dying was necessary at all even though the writer’s claimed it was his only way out. Again having found his way back to loving Sookie and she loving him, in our opinion, should have made him happy again.

However, since the writer’s felt that Bill had to die, we could have understood that. But, what we continue to dispute was how the deed was done. Bill deserved a much better death; one that gave him dignity. It would have been much preferred for Bill to end his time as a vampire in a way similar to how the vampire Godric did, but instead Bill was turned to goo on Sookie’s dress; with no follow up scenes showing any mourning by those who loved him.

We all loved the character Terry Bellefleur and mourned his death at the time, but can’t understand why Terry’s death warranted almost a full episode of mourning when Bill, the lead character in the show got so little and such disrespect!

Now that the deed is done, the show is over and this horrible ending it not going to change, all we can do is choose to not accept Bill’s death with any grace here on this web site and instead, think of him as we loved him most, in Season 1, episode 1 when he walked into Merlotte’s.

Watch that moment below:

There is an EXTENSIVE section here at AllStephenMoyer.com about “Bill Compton“ that has been updated and expanded to include the last two seasons of the show including Bill’s death.