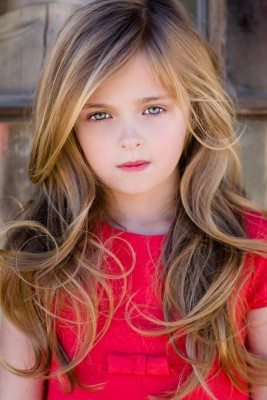 It looks like we’re in for another Civil War flashback in True Blood’s final season. Below is a photo of a little girl named Isabella Rice, who is said to be playing Bill Compton’s daughter in the show (we think she will play Sarah, Bill’s human daughter in a flashback):

You can just imagine how EXCITED I was to shoot ISABELLA who is right now filming the 7th season of TRUE BLOOD, as Vampire Bill’s daughter!! TB is one of my favorite shows ever, not to mention that Isabella is gorgeous and such a pro!