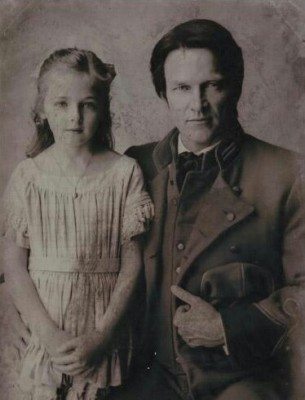 In one of the final scenes of True Blood, Bill Compton found the photo he took with his daughter Sarah back before he left for the Civil War. You may remember, we saw Bill and his family posing for photos in one of the many Bill flashbacks in Season 7.

Below is the photo of Bill and his daughter Sarah, that he will cherish for eternity. 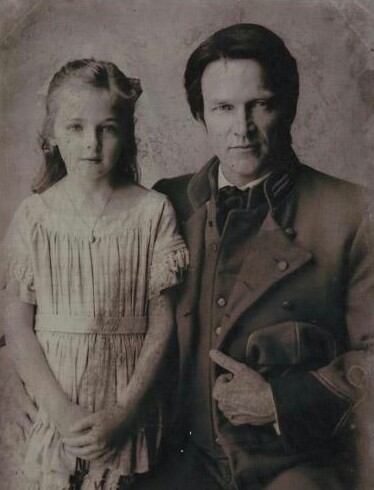 Back in Season 1, when Bill spoke to the folks in the church at the Descendents of the Glorious Dead, the mayor brought a photo that he had found and gave it to Bill. It was a photo of Bill, his wife Caroline and his daughter Sarah and son, Thomas. When Bill received the gift, a tear came from his eye which he quickly wiped away with a handkerchief. This was the first time we learned that vampires cry blood as we saw the redness of his tears on the handkerchief, when he quickly put it in his pocket

Below is that photo. It’s nice to see the family together and we’re glad that Bill finally got to see the photo he took with daughter Sarah. 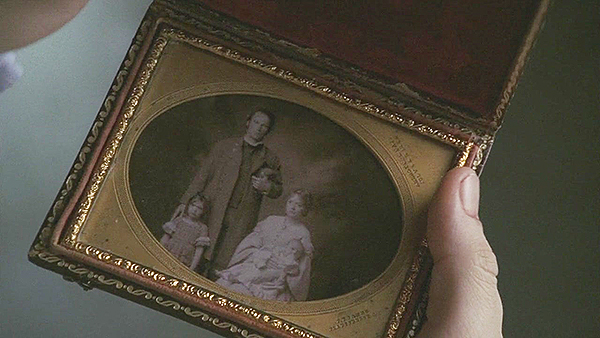