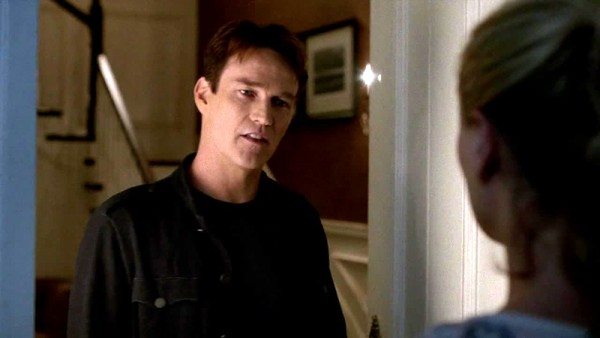 The Bill Chronicles for True Blood Episode 7.02. Although the screen time of Bill in this episode was a measly 17 seconds and fits all in the below Youtube video, the presence of Mr. Compton could clearly be felt. He has had an enormous impact on Sookie’s life and when she reads the diary of that poor dead girl those happy memories come floating back to her and she fondly remembers the first time Bill took her to Fangtasia. 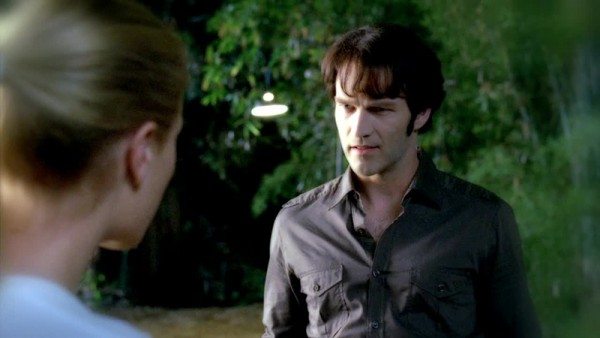 Sookie seems to be planning something and she needs Bill’s protection. While Alcide is in the shower, she strolls over to the Compton Mansion and asks Bill’s if he can still sense her fear. Bill is surprised to see her, but also a little happy, which immediately changes into worry when her next question is if he would still be able to feel her if she got herself into serious shit. Bill sighs and seems to be thinking: “Here we go again.”

We’ll see where that storyline will go in the next episode.

Clearly not enough Bill in this episode. It came in handy of course for Stephen who directed the first episode and was doing post-production while filming episode 2, but I hope they’ll make it up to us in episode 3.