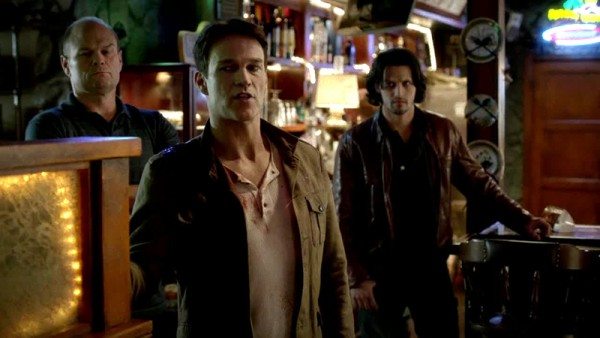 It’s with a bittersweet feeling that I set out to write the last 10 Bill Chronicles. We have loved Bill from the moment he walked into Merlotte’s and, just like Sookie, we were swept off our feet by his Southern charm and good looks. Over the run of the seasons we have seen our beloved vampire change from Southern gentleman, to King of Louisiana, to blood god and now in the last season, hopefully, back to the Bill we love the most.

At the end of season 6 we left Bill at the vampire-human mixer at Bellefleur’s Bar and Grill with Sookie and Alcide and a horde of hungry Hep-V infected vampires that were coming their way. Will we ever know what Bill wanted to talk about with Sookie before they were so brutally interrupted?

After the tragic events at Bellefleur’s where many were killed and several abducted, Bill and Sookie find themselves looking at each other in the midst of the devastation that surrounds them. Is this some sort of indication for what’s to come this season? Will disaster bring Bill and Sookie closer together? I am not necessarily expecting for them to get back together, but I am hoping for forgiveness and a newly found understanding between them. 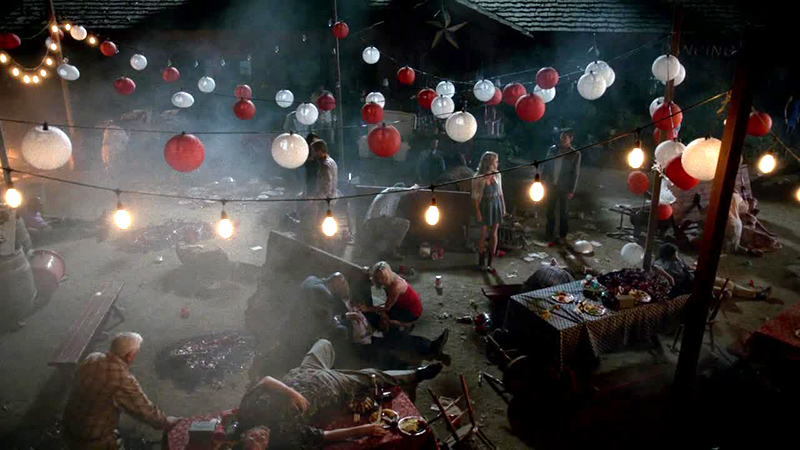 After Andy Bellefleur arrives at the scene Bill advices Bon Temps’ law enforcement that the vampires are probably nesting in a place that will keep them safe during the daytime. Every human needs a vampire and Bill offers to accompany Sheriff Bellefleur to the old slaughterhouse. Before they go Bill asks all vampires to take their assigned human back to the safety of their home where they will receive a sip of blood from their hosts in exchange for the provided protection. As co-organizer of the mixer Bill takes on the role of leader next to mayor Sam Merlotte and it’s obvious that Bill still plays an important part in Bon Temps’ society. 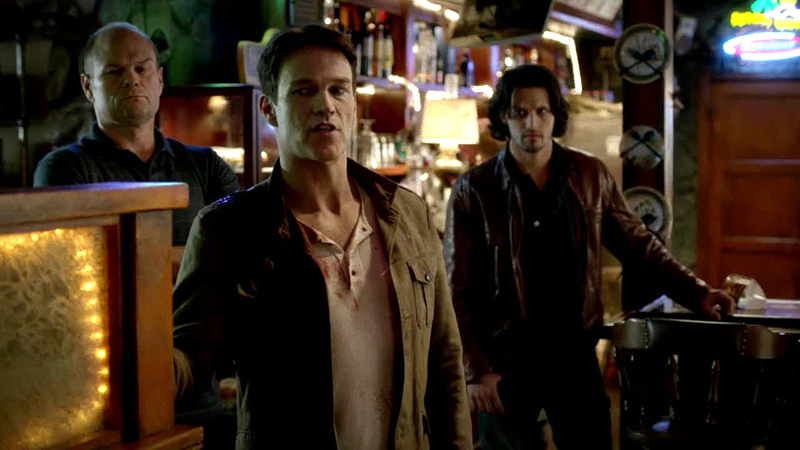 At the slaughterhouse Andy and Bill discover proof that vampires have been nesting in the abandoned building. Deep inside the building they find a bunch of bodies hanging upside down from the ceiling like slaughtered cattle. Bill seems more disgusted however by Andy’s vomiting then by the reeking cadavers. When Andy runs out of the room he stumbles upon Vince and his group of vampire hunters who had to same idea to search the old slaughterhouse for their missing loved ones. Since Andy is the sheriff of Bon Temps they blame him for the massacre, but Bill takes the responsibility pointing out the mixer was his and Sam’s idea and that Andy was not even present at the event. He offers himself in exchange for Andy’s release. Andy however takes over the gun and says he wants to be the one to do it. Bill seems to be accepting his fate, he was partly responsible for the death of 3 of Andy’s fairy daughters, and he doesn’t attack Andy to defend himself. Andy however turns on Vince and his bunch and chases them away. 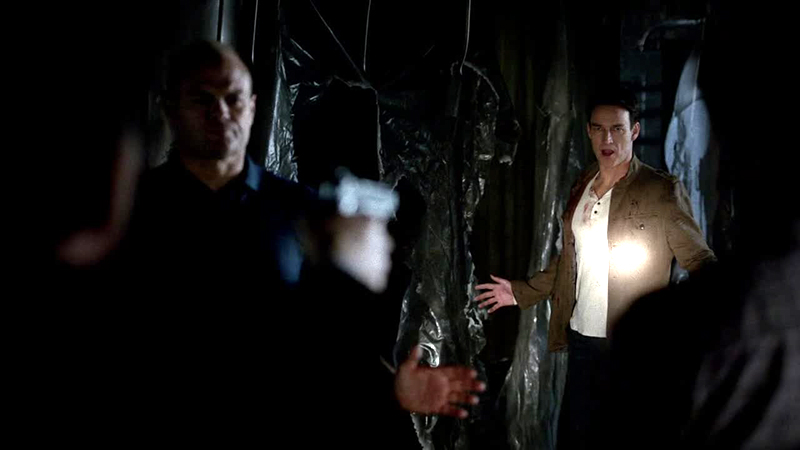 Back at the Compton Mansion Bill thanks him, but Andy explains that he only saved his life because he needs him to find Holy and Arlene. But they are not good and will never be good. Bill nods in understanding. Looking at the porch of his home he sees a flashback of himself kissing his family goodbye when he went off the fight the Civil War. He too knows what it feels like to lose a family. 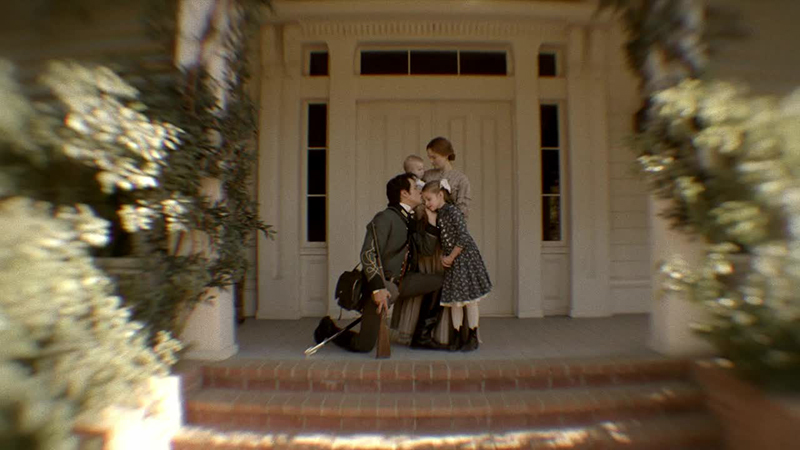