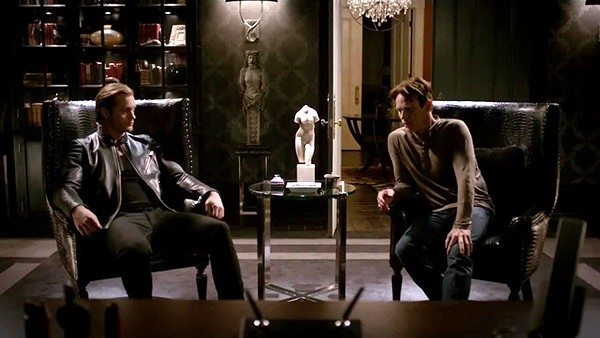 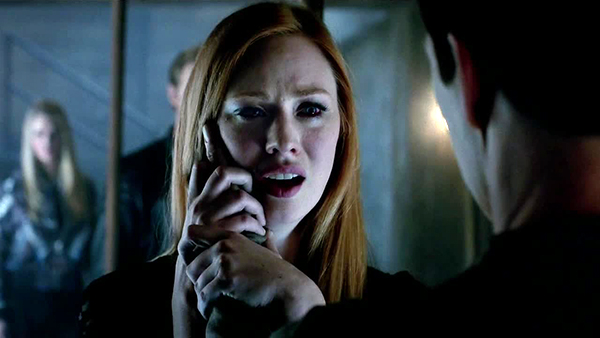 Despite the fierce objections of Sookie and Jessica Bill remains steadfast in his decision that he does not want the antidote. He can’t explain why, but knows that he accepts his fate. Can you still call it “fate” when the cure is standing right in front of you? Sookie is right calling it a choice; a choice that she and Jessica will have to live with after Bill’s gone. Despite Sookie’s efforts to beat some sense into him Bill still chooses true death.

Jessica makes the dramatic decision to ask Bill to release her. We have seen so many beautiful scenes between maker and his progeny, but this emotional event cut straight through the heart and it was topped off with a final stagger as Bill leaves the dungeon. 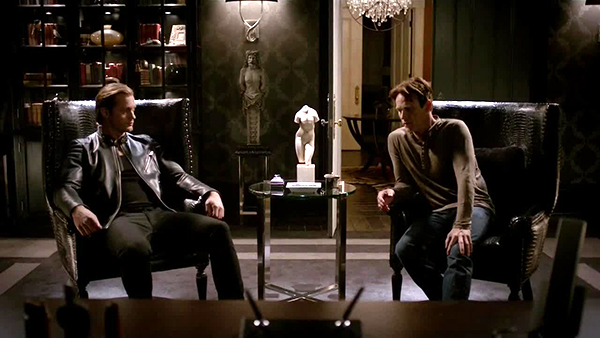 Back at the Compton Mansion Eric pays Bill a visit to advocate on behalf of Sookie. Bill explains that he is doing it all for Sookie, it is what she needs. She won’t be able to love anyone else as long as Bill is alive.

“It is her light that pulls us in. Just as she is pulled to our darkness.”

Eric listens in silence. And seems to understand what Bill is talking about.

Even after all the hurt that Bill has caused her, Sookie always returns to him, like a moth to a flame. She can’t let go and Bill wants to set her free. He asks Eric to play “marriage counselor” and talk Sookie into receiving him that evening. Eric is the only other person who could possibly understand how Bill feels and what he is going through. This talk took their bromance and friendship to the next level; I don’t remember them ever having such a heart to heart before.

Eric convinces Sookie to talk to Bill. In that conversation I was surprised to hear that Sookie didn’t think that Eric cared about Bill. I thought she would have understood that by now. 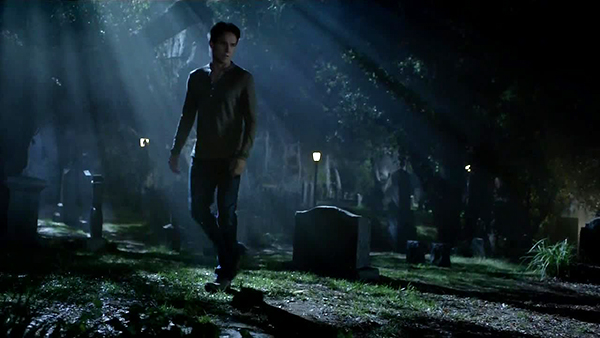 Bill staggers across the graveyard to go call on Sookie. He stops at the graves of his wife Caroline and his children Thomas and Sarah. He walks up to the house where Sookie is nervously awaiting him. He knocks on the door and…..

And only one more episode to go.

Next week I will write the last Bill Chronicles. What will happen to Bill? Will he live? Will he die?