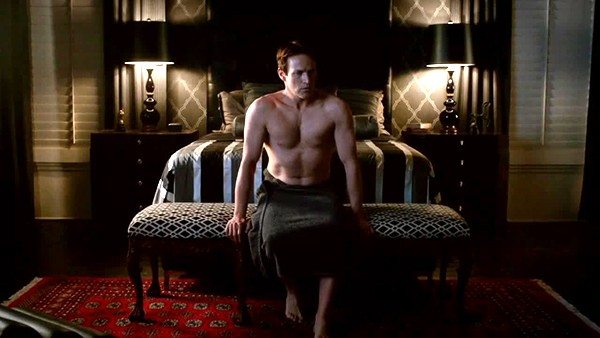 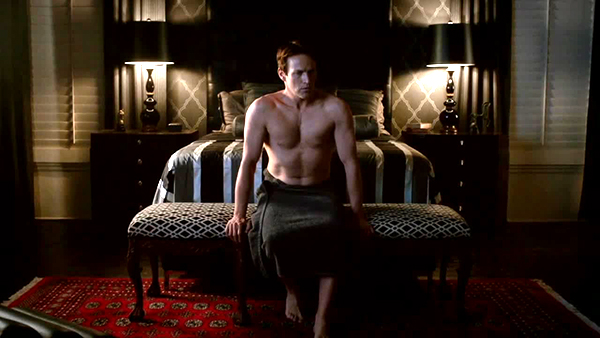 Bill is just as confused and shocked as we all still are after discovering that he has been infected with Hep-V. Sitting in his bedroom, deliciously wrapped in only a towel, our poor Bill takes a moment to let it all sink in and then makes the decision to contact a law office to get his affairs in order.

While trying to make an appointment with Kapneck Law Offices Jessica returns home from Sookie’s party and overhears him saying that he is Hep-V positive. Jessica is in total shock about this terrible news, but tries to act as normal as possible and tries to tell her maker about the fight she’s had with James. She asks Bill if he is ok, but he doesn’t confide in her yet and tells her he is fine. 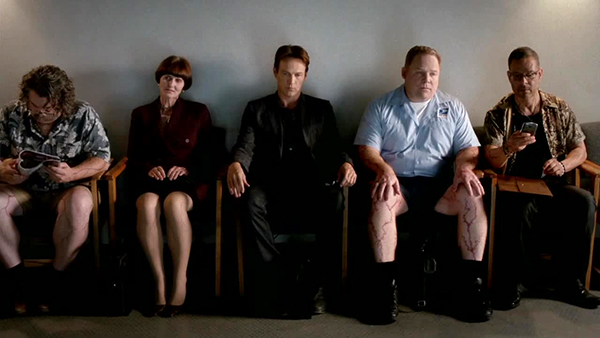 At the law offices Bill discovers that he is not the only sick vampire who is in need of a lawyer, the waiting room is packed and all he can do is take a number and wait.

While Jessica informs Jason and Sookie about the condition of her maker, Bill is still waiting for his number to come up at the law office. His health is deteriorating rapidly and to his horror he sees how the black veins appear on his arm at a rate never before seen in Hep-V. The dude next to him moves quickly to another seat.

Since Sookie infected Bill it could be possible that the virus has mutated because of her fae blood, she might smell like sunshine but her blood is deadly now to vampers. Sookie is devastated that she is the cause of Bill’s Hep-V infection and certain death. She tells Jason that she can still sense Bill, that he is in her blood, there is something about the first. 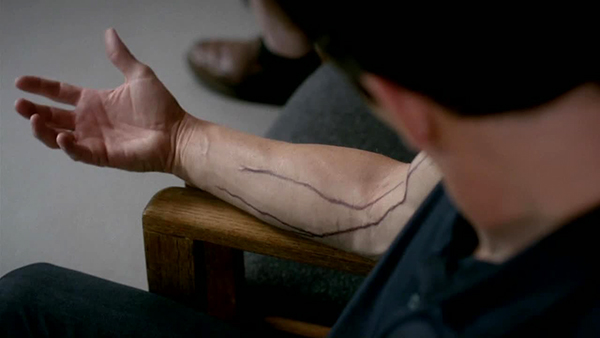 Just before it’s his turn at the Kapneck Law Offices Bill discovers that the veins have already spread to his chest and his situation is getting more critical by the moment, he needs to get his affairs in order asap. Unfortunately, it turns out that thanks to the late Governor Burrell the Vampire Rights Amendment and Bill is unable to leave his estate to Jessica, since progenies are not recognized by law. The only way around this problem would be to adopt Jessica, but that would take too long, Bill is dying. 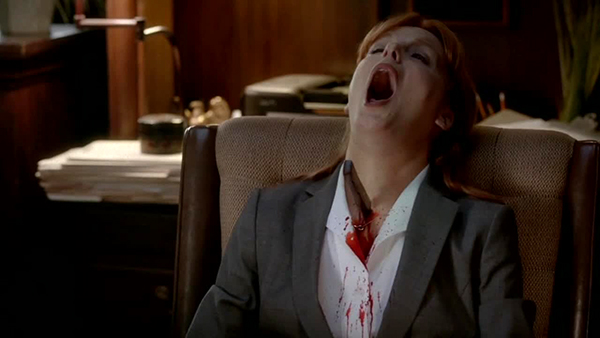 There is however a way to expedite the process and here the sharky lawyer lady lives right up to her reputation: for the feeble fee of $10,000,000 she can move Bill up to the front of the line. Even if Bill had that kind of money, and I have no idea if he does, he wouldn’t consider bowing down to extortion. When he can take no more of her whining, Bill picks up the letter opener from her desk and plunges it straight in her throat. He finishes off her vampire assistant with a pencil on his way out. We haven’t seen Bill kill like this in a long time and it reminds me of the Bill he was in season 1. 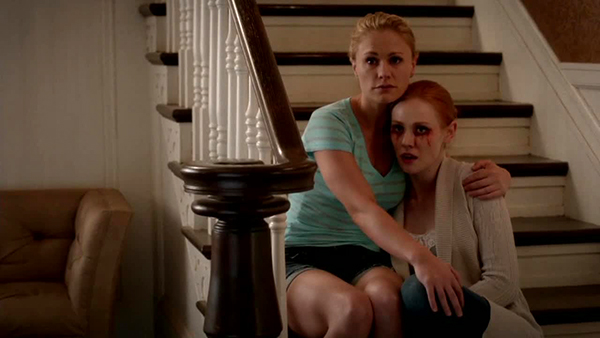 Bill returns home. Dispirited, tired and desperate. He is sick, he is dying and there is no way he can leave his estate to his beloved progeny. He puts on his jacket to hide the dark veins on his arms and staggers for a moment walking up to the house. Inside he is surprised to find the 2 most important persons in his life waiting for him with tearstained faces. Sookie and Jessica are there for him. He doesn’t have to go through it alone.

Karma is a bitch. 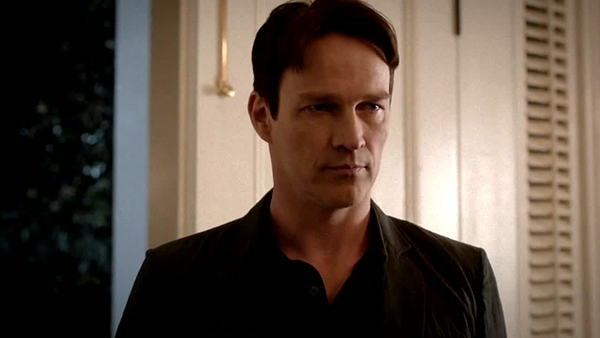