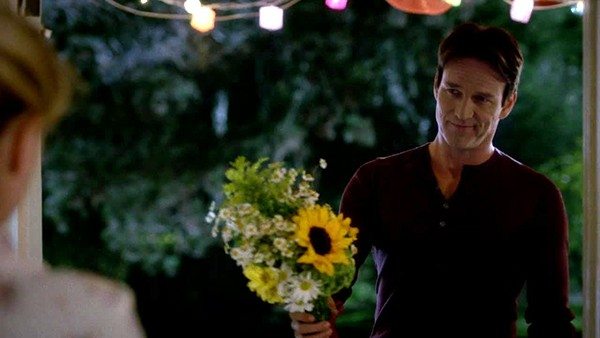 After all the tragic events of the past days, Lafayette, James, Jackson Herveaux and his lady friend decide to throw a party at Sookie’s house to celebrate life.

Bill is the first guest to show up when Sookie is still in her dressing gown looking like she just rolled out of bed (which she did) and she is pretty annoyed by it all. Bill’s momma taught him that he should never turn up to a gathering empty handed and since he couldn’t get the requested alcohol he brought the hostess flowers. So the liquor store was closed in Bon Temps but the flower shop was still open or did Bill pick them himself? 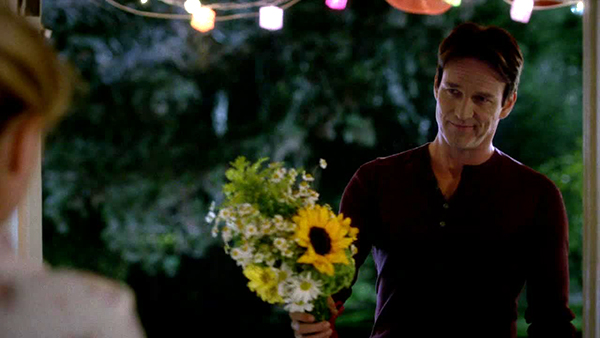 At the party Bill keeps to himself and doesn’t mingle with the happy party people, he doesn’t have any real friends in Bon Temps and only showed up to show his support to Sookie. When the Fangtasia survivors toast to “not dying” Bill remembers when he first learned from Charles Dupont that war was imminent.

In the flashback Bill warmly greets the slave Minus on the street. Minus was already mentioned in Season 1. During his first visit to Sookie’s house he tells Tara about Minus a young and strong slave that his father owned. Clearly Minus likes Bill and was treated well by him, the same cannot be said of his current owner Mr. Dupont.

Charles Dupont addresses the town’s people in the Bodehouse saloon with a heated speech about their rights and protecting their freedom. According to Bill it is a lost cause since the South doesn’t have the amount of weapons the Yankees have and he fears the destruction of their town, lands and livelihood. Bill is labeled a Yankee sympathizer and is asked to leave the saloon. Gutsy of Bill to stand up for his opinion when it’s not shared by the majority. 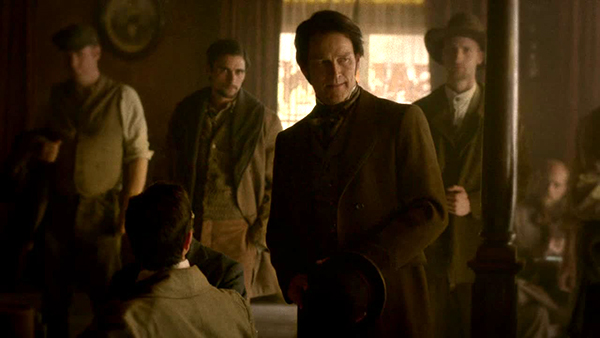 Back in the present Bill saves Sookie from Violet and her speech about losing over a hundred boyfriends. In the kitchen they all toast to Alcide and Tara as well after Lettie Mae joins them.

When Andy proposes to Holly, Sookie turns to Bill and they exchange a long and meaningful look. A long time ago Bill proposed to Sookie but it did not have a happy ending. He follows her with his eyes when Sookie sneaks upstairs with Arlene. 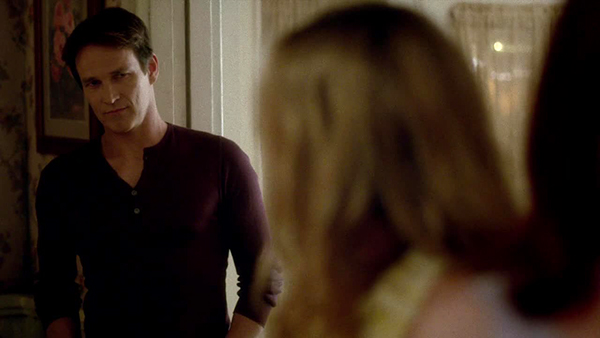 Bill has another flashback to his Civil War time and we find out that Bill and his family tried to escape north. They were stopped by Charles Dupont who killed Minus who was with them as well. Caroline protected her beloved husband Bill with her body from getting shot by Dupont.

Sookie finds Bill standing outside the house all alone deep in thought, she also noticed that he didn’t socialize at all at the party. He points out to her that they are all pleased to see her and that she has done well. Sookie has done more for mainstreaming than he has achieved in decades. Sookie gives him a big hug and thanks him for seeing her the way she can’t see herself sometimes. 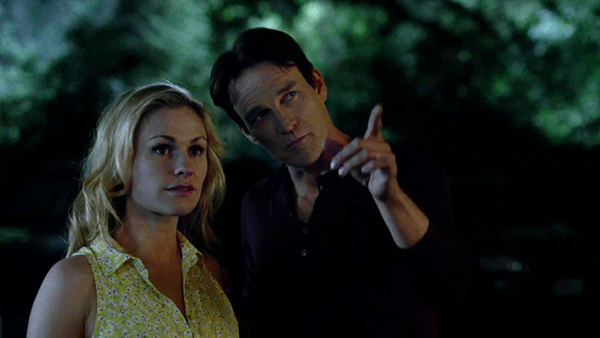 Back at the Compton Mansion Bill relaxes in the bathtub and thinks of his wife Caroline again and how he had to leave his family to fight in the Civil War. He told Caroline how he loved her from the first moment he saw her and that she was his first and only true love. He promised her to survive the war and come home to her and the children, a promise that he could not keep because Lorena turned him before he ever made it home.

Stepping out of the tub Bill discovers the vein on his chest. He too has been infected with Hep-V! 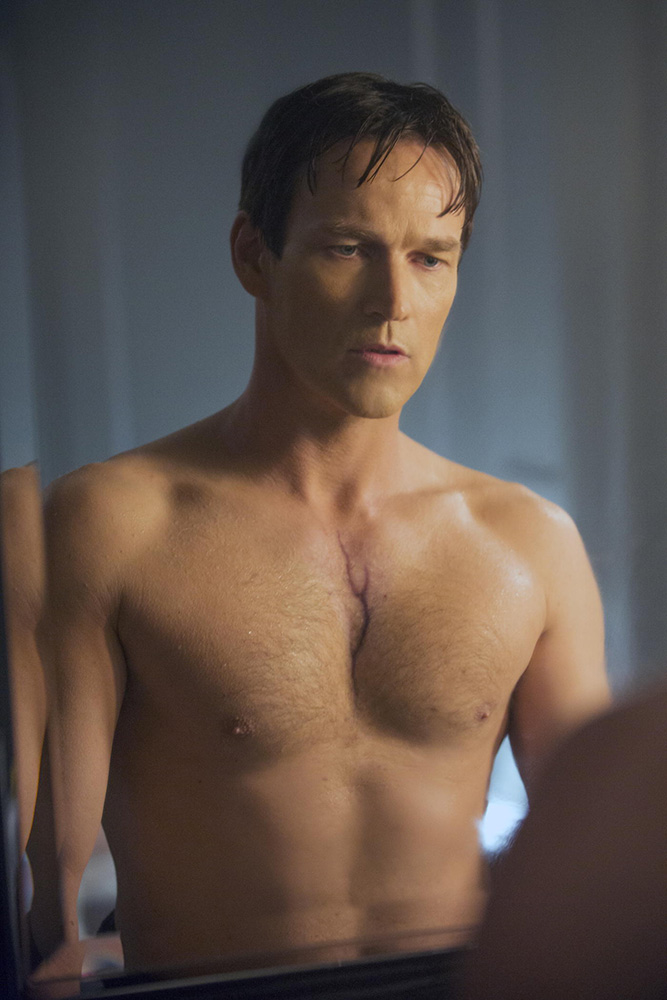 How did Bill get infected?

He hadn’t fed for quite some time before Sookie gave him her blood in episode 4 before they went to Fangtasia. Was Sookie a carrier of the Hep-V virus? Did she get infected through the open wound in her arm when she was covered in infected blood?
Hep-V is to vampires what HIV was to the gay community. Aids went from being a deadly disease to being a chronic disease and maybe the same will happen with Hep-V. I think there is some kind of cure out there and Sarah Newlin is the key. There better be! Please don’t let our beloved vampire die!

I am not really sure what the meaning was of the Civil War flashbacks of Bill. What made him think of that period of his life? Was it an omen that yet again Bill’s life as he knows it will come to an end?