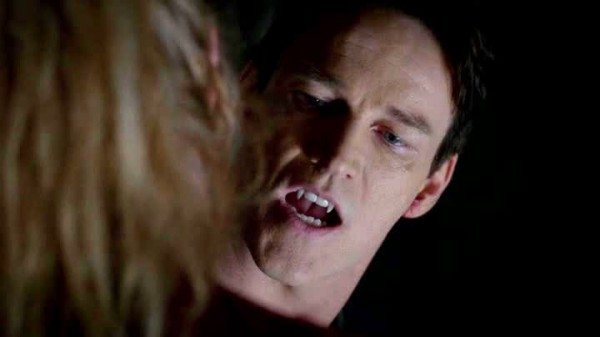 Without a doubt the most interesting episode so far this season, a lot happened and we got to see Bill in various roles: daddy Bill, kick-ass Bill and he got a taste of Sookie’s neck to boot.

A good episode for us Bill fans.

Jessica is hurting and not healing because she hasn’t fed in 10 weeks. Her boyfriend James doesn’t know what to do anymore and decides to get Bill involved, much to the dismay of Jessica. Bill asks his progeny why she hasn’t been feeding and if it has something to do with her killing the Bellefleur faery girls. He discovers that Jessica has been protecting Adilyn but hasn’t received blood in exchange for her services. Bill tells her that she has to forgive herself for what happened, but Jessica thinks otherwise. In the meantime Sookie has wandered in and joins the intervention offering her blood to Jessica. She says she trusts Jessica but both Jessica and Bill think some caution might be appropriate and Bill tells Sookie to be careful when he leaves the two girls alone. 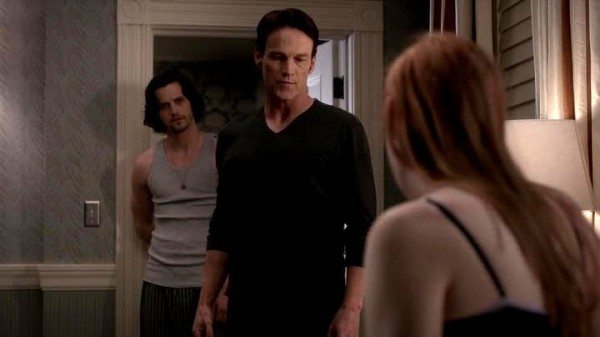 After Sookie’s alternative intervention she leaves Jessica in the care of James and “his” human Lafayette and goes to Bill’s bedroom to discuss the plan of action for the Fangtasia rescue mission. Bill explains they will be badly outnumbered during the attack, because he doesn’t expect many vampires to show up to lend a hand because there is nothing to be gained for them. Sookie asks him why he is doing it. “Because I owe you everything”, Bill answers. For a moment they look into each other’s eyes before they both lower their gaze. Bill admits that he hasn’t eaten in a while and he is visibly shocked and surprised when Sookie offers him her neck to feed from. She calls it “just lunch”, but if that was really the case she could have given him her wrist to drink from instead of offering her former lover the intimacy of her neck. I bet Bill has been craving for a taste of Sookie’s sweet faery blood and from the looks of him it clearly isn’t “just lunch” and he enjoys every drop.

Later that night the party that will attack Fangtasia gathers at the Compton Mansion and as Bill predicted only a couple of vampires have shown up to assist. Just about when they are ready to leave Eric and Pam knock on Bill’s door. He smiles surprised at the sight of his former sheriff, a smile that fades quickly when he sees the veins on Eric’s chest that reveal his infection with Hep-V.

Bill offers Sookie and Eric a moment of privacy in his study before they all head over to Fangtasia. He waits for her outside holding the door of his car open for her, there is no way he’ll let anyone else besides Sookie ride shotgun. 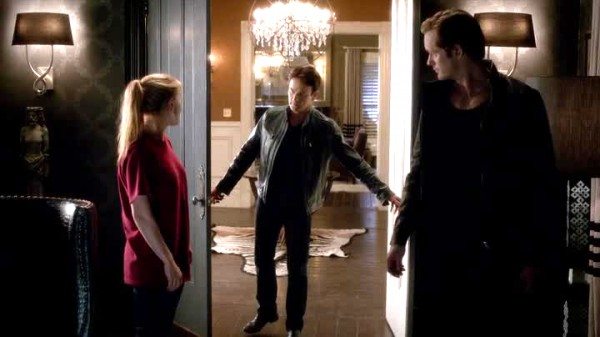 Poor Eric is too weak to knock down the wall at Fangtasia, Bill looks at Pam for some kind of confirmation that he should take over subsequently knocking down the wall with a single blow. Bill and Pam free Nicole and Jane, but Arlene has already been taken upstairs and the vampires are feeding on her. Pam offers Bill a piece of advice telling him not to be too big a hero because it ain’t gonna happen with Sookie. Pam is a tough cookie but somewhere deep down she does care a tiny bit about Bill. He probably agrees with Pam that he doesn’t stand a chance to ever win Sookie back, but he owes her everything and not following through just isn’t an option. 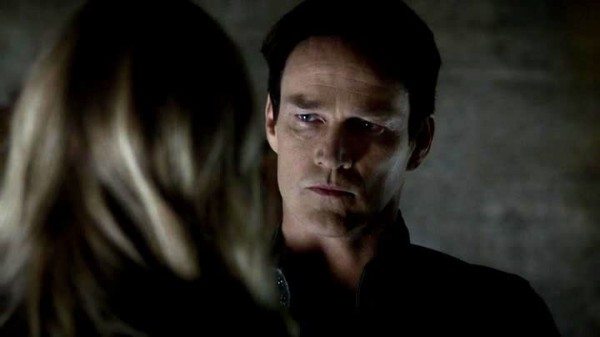 Then all hell breaks loose in Fangtasia but the bottom line is that Bill totally was da man and kicked some serious ass! Bill saves Eric inside the bar when a vampire tries to stack him. “You see? Not an asshole anymore”.

Just when he is about to give Arlene his blood to save her, he hears the desperate cry for help from his beloved progeny who is about to be shot by Vince. He saves Jessica by killing Vince. “I got you, Jess”. Bill knows how important it is to Sookie to save Arlene, but his girl Jessica is simply more important to him. 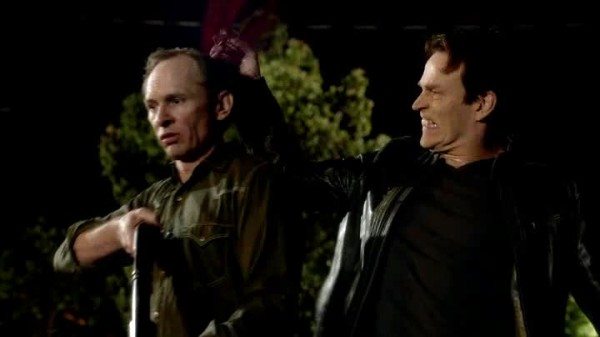 The fight with the Hep-V infected vampires is over. I can’t wait to see what will happen in the next episode with our beloved vampire. I am liking this William Compton 3.0!