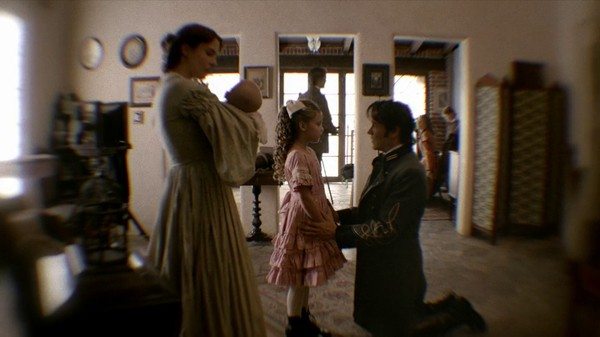 Bill Chronicles True Blood Episode 7.03. While Acide is coming to the conclusion that Sookie bailed on him and took off with Bill, the ex-lovers are driving in the dark on their way to somewhere or something. Apparently nothing good because Bill wished he could talk her out of it, but Sookie replies with a look so deadly it could make a vampire burst into flames spontaneously and he resigns with a sigh. When the girl has an idea she can’t be talked out of it, not even when it includes taking Bill’s blood again.

We learn that Bill is unable to feel Sookie anymore, because Billith was drained at vamp camp last season and received a transfusion from Jessica and James. The Bill Compton that he was before his blood god adventure is no more; physically he is not the same person. But that doesn’t mean that he gets a clean slate, he will have to live with the memories of what he has done to Sookie forever. Sookie is pleased to hear about his eternal torment, she clearly is not even close to forgiving him. Yet she turns to him in her hour of need and doesn’t think twice about drinking his blood and reestablishing the bond between them. Bill enjoys the blood giving a bit too much and Sookie reminds him that she has a boyfriend. A boyfriend that she ran out on while he was in the shower and who has no idea where she is or what she is up to. 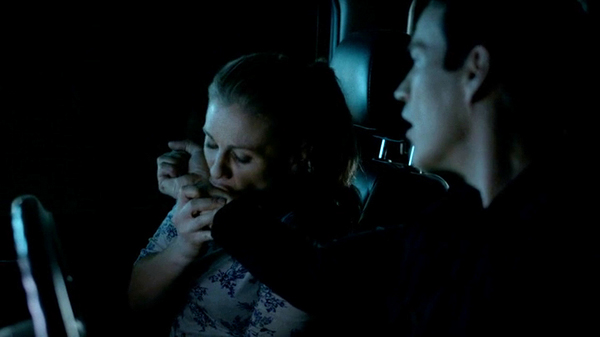 Sookie’s plan might not be the most solid, but she is willing to risk her own life to help find and rescue the ones that were abducted.

Sookie’s masterplan consists of her being vampire bait for the Hep-V infected vampires while Bill is sitting in a tree. To kill the time they reminisce about the time when Bill took Sookie to Fangtasia for the first time and called her “vampire bait”. This is the second time that we see a direct reference to Bill and Sookie’s first date, last week Sookie remembered it when she read the diary of the dead girl. After all the unpleasant things that happened between them, we are reminded of how magical their relationship was in the beginning. 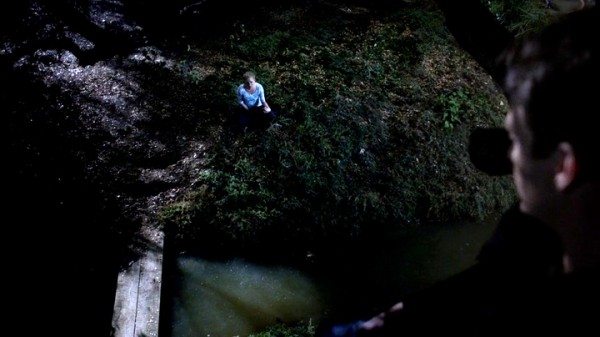 With Sookie opening up about her reasons for undertaking this risky endeavor Bill seizes the opportunity to ask her the very personal question whether she loves Alcide. Although she says it’s none of his business, William Compton, she immediately continues by telling Bill that she is afraid that she doesn’t love Alcide as much as he loves her. From her words we understand that the relationship with Alcide will not last and that sooner or later she will end it.

The chatter continues about Six Flags and Bill is kind of flirty with her when he confirms that she smells special. Bill is more and more like a William Compton 3.0 is this scene, when have we last seen him so relaxed, talkative and smiley? He really seems to be enjoying this one on one time with Sookie and reconnecting with her on a personal level. But it’s war and when Sookie reminds him of that Bill remembers when he went off to fight in the Civil War and had his picture taken with his family in 1862. We are reminded what a family man Bill was and how hard it must have been for him to leave his wife and children behind, not knowing if he would ever return home. 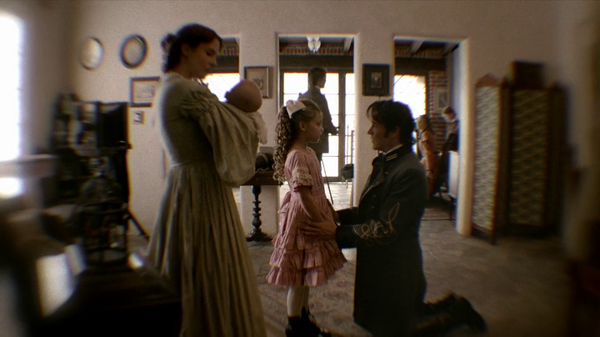 Sookie tries to speed things up by cutting into her own arm and spreading the scent of her blood that tastes like sunshine and flowers. The first one coming out of the woods is Holly followed immediately by the infected vamps that drag Bill out of his tree and immobilize him with a silver chain and take Sookie captive. Before they can take Bill out Sam and Alcide, both in canine mode, attack the vamps and free Bill. Andy, Jason and the rest of the gang arrive and shoot the rest of the vampires.

Alcide is pretty pissed at Bill of course and the evening air is thick with testosterone while they argue about who knows Sookie best until the fatal bullets hit Alcide and put an end to the argument forever. 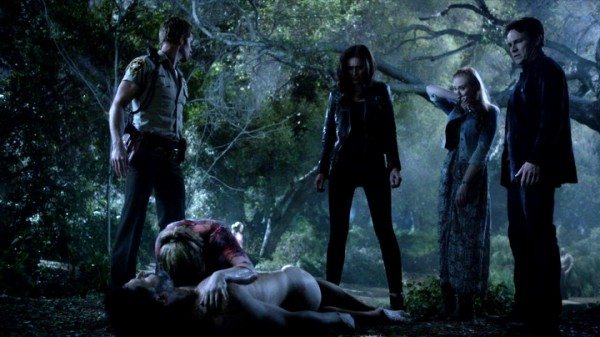