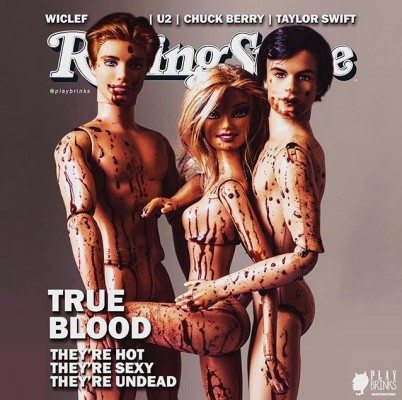 Thanks to loyal Bill fan and Truebie, Tiffany on Twitter, below is a great Barbie version of the iconic Rolling Stone cover with Eric, Sookie and Bill which appeared on the Rolling Stone magazine as it’s cover in 2010.. 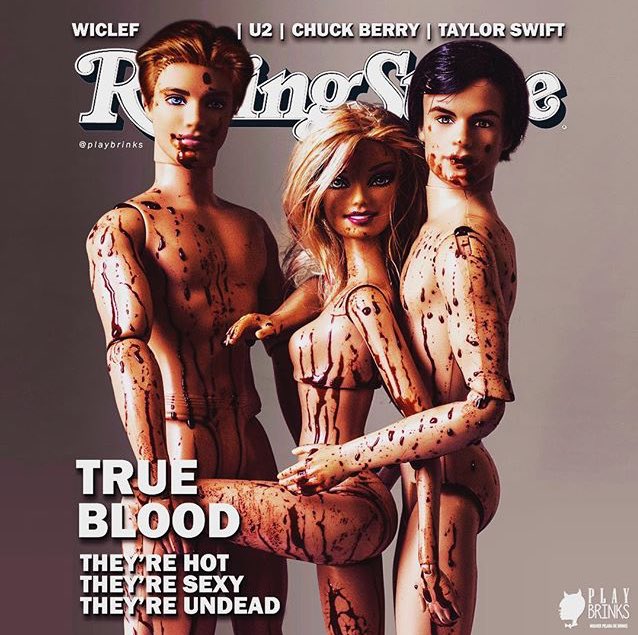 We just couldn’t resist posting it because we’re kind of nostalgic about True Blood these days, and the original was so great! See it below, in case you were living under a rock when it first came out and never saw it. 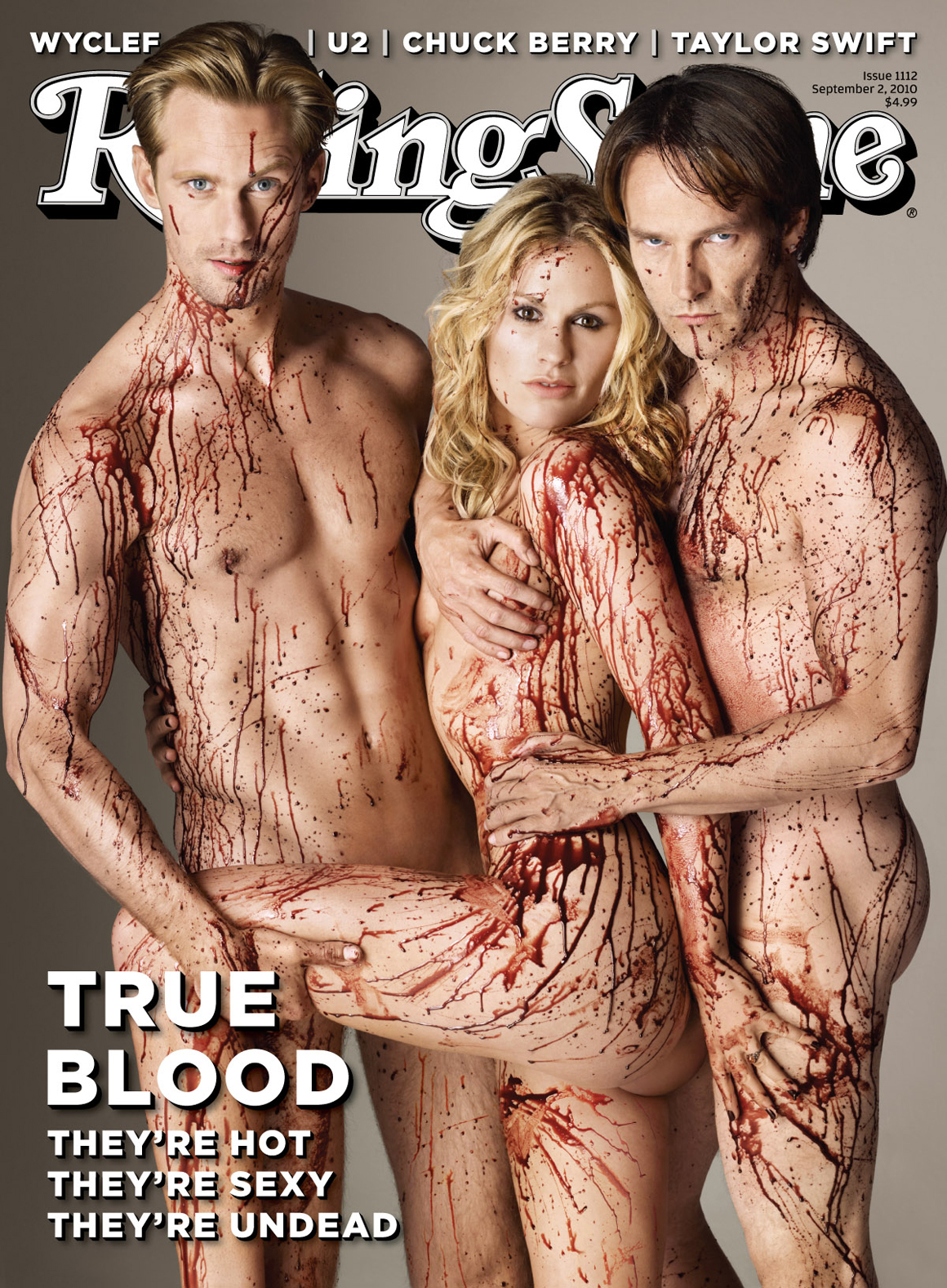