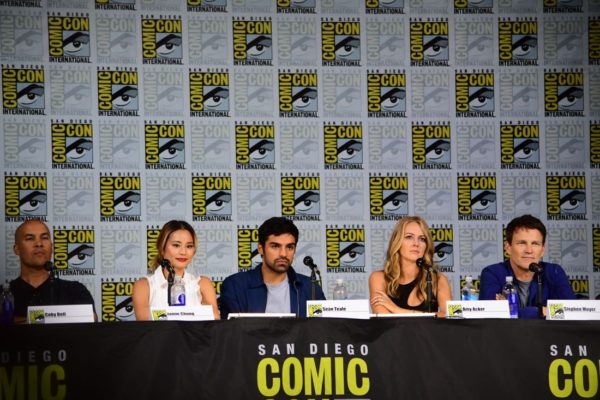 Below is an audio file of the full The Gifted panel at Comic con 2017 which took place on Friday, July 21, 2017 at 3:45pm in Ballroom 20 at the San Diego Convention Center. The full cast was there and it was a thrill for me (Lynn) to see it.

The Young Folks web site attended the panel at San Diego Comic Con and they recorded an audio of the whole panel session.  Listen to the audio they recorded below.

Some of the insights learned from the panel about the show:

The X-Men are gone. There are NO X-Men here. Why? It’ll be revealed in the show. Nor will the series be on the same timeline as the cinematic universe. The Gifted will primarily be doing their own thing but will be taking names from the universe.

The whole cast and crew teased a bit about where the show will go.

Why should you watch the series?

As the whole panel summarized: it’s a group of outsiders who didn’t ask for their powers but were just given them. “They’re simply ordinary people who are just living their life.”