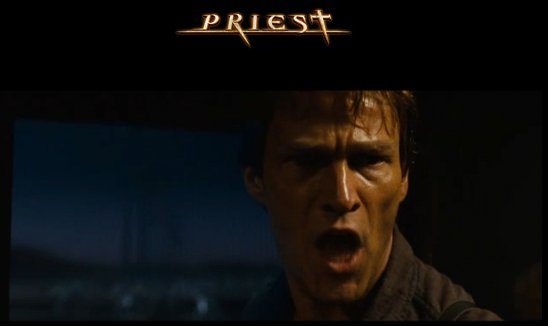 Here’s a new glimpse at Stephen Moyer’s upcoming film, Priest that stars Paul Bettany and is directed by, Scott Stewart.

Sorry fans, this one doesn’t include Stephen, but it does show the vampires a lot more. This trailer tries very hard to sell us the CG creations in the movie which is now in 3D.

In the big screen manga adaptation, opening in 3D and 2D on May 13, a warrior priest (Paul Bettany) disobeys Church law by teaming with a young sheriff (Cam Gigandet) and a beautiful priestess (Maggie Q). The three band together to track down a band of renegade vampires who have kidnapped the priest’s niece (Lily Collins) before they turn her into one of them.