A week ago we posted the first clip from Anna Paquin’s upcoming film, “Free Ride,” produced by Stephen Moyer’s production company, CASM.  Now we have another clip from the the Phase 4 Films release to wet your appetites. 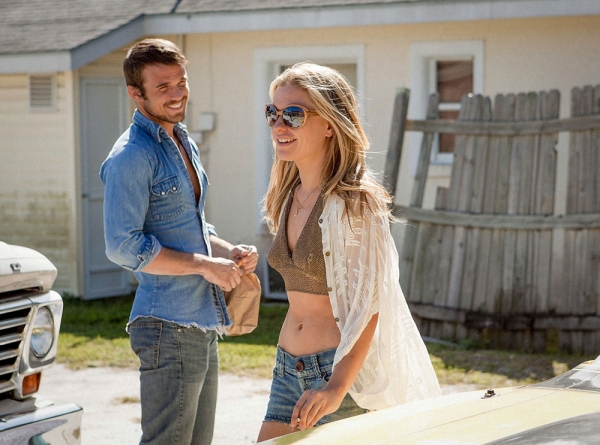 Inspired by Shana Betz’s own mother, “Free Ride” takes place in the 1970s and stars Anna Paquin as Christina, a mother of two who relocates her family from Ohio to Florida in search of a better life. She gets a job working as a maid in a wealthy neighborhood, but when Christina is offered the opportunity to come home with a much bigger paycheck, she finds herself employed by a local drug cartel.

Apparently at some point, one of her daughters becomes aware of her new gig because this clip features Liana Liberato’s MJ discovering some shady business going down in their barn. Check it out for yourself below.  The film is scheduled for release in New York, Los Angeles and on Video On Demand (VOD) on January 10th, 2014.

In this clip, Christina has just gotten her foot in the door at the Bossman’s shady operation. Being promoted from cleaning houses to handling actual deals, she is given a Drug Smuggling 101 crash course by Sandy on the docks. As Paquin plays her, Christina’s sweet, unassuming charm will soon prove both useful and dangerous for her career.