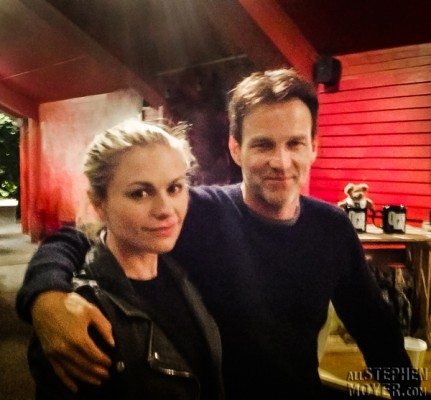 CASM Productions new TV series Flack is finishing up production of its season 1 and now the promotion begins. Today, Anna Paquin, star of Pop TV and UKTV’s forthcoming dark PR comedy-drama Flack, discusses what female roles of today are all about.

Below is part of her interview with Deadline.com where she discusses her role as “flawed, complicated and interesting.”

Anna heads the cast playing Robyn, a quick-witted London-based U.S. publicity maven whose job it is to put out media fires and manage high-profile and exacting clients, in the six-part series.

The 45-minute drama, which is produced by Episodes producer Hat Trick Productions, is currently in production in London with rising actresses Lydia Wilson (Requiem) and Genevieve Angelson (Good Girls Revolt) appearing alongside Sophie Okonedo and guest stars including Bradley Whitford. 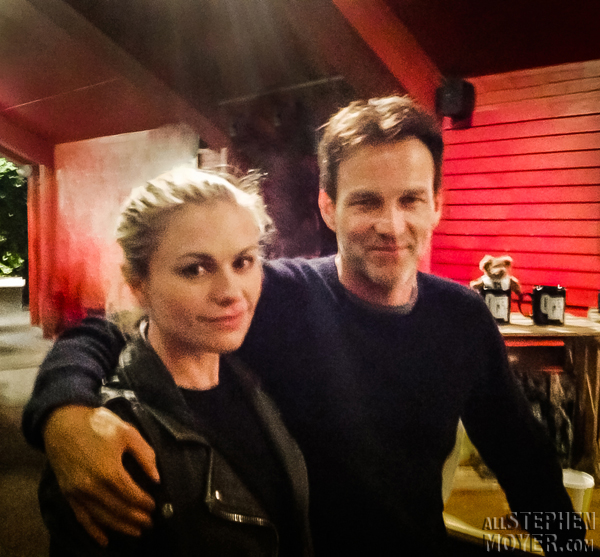 Lansley says that he wanted to write a character that was based on all of the “dark, complicated and brilliant” women that he’d met. “There was this book that came out called Difficult Men, about the golden age of TV and complicated male protagonists such Don Draper, Walter White and Tony Soprano. I wanted to write a show that the main character would become the character they would put on the cover of Difficult Women.

Directed by The Full Monty director Peter Cattaneo, the series follows Robyn as she puts out fires for a number of celebrity clients, while also dealing with problems at home. “Robyn is a very skillful PR rep, who has an incredibly complicated personal life that she doesn’t share with anyone, she’s very good at compartmentalizing. When we meet her, she is in the middle of a typical day at work about a client badly behaving. She’s the one that’s willing to go that extra mile at a lot pf personal expense. She’s a can-do girl in a very unconventional world, the non-glamorous side of glamorous people’s lives,” adds Paquin.

Paquin, who won an Oscar for Best Supporting Actress in The Piano in 1994, says that it appeals to her “dark” sense of humor. “Real life can be incredibly funny if you choose to look it that way. What’s the end of the world to one person can be funny to another if you step back a bit. I think like in real life, one uses humor to get through dark, crappy times. The scripts have a great balance of that, it’s the kind of stuff that you wonder if you’re a terrible human being for laughing at but nevertheless there’s stuff in this that has literally made me snort coffee through my nose in front of other people,” she adds.

Flack cuts close to the bone on a number of jokes, such as the reference to Strictly Come Dancing star Tess Daly as “Dead Behind The Eyes” Daly.

She says that she’s enjoying producing the project and that it’s the “natural evolution” of taking more responsibility as an actor. “There’s no such thing as getting a promotion [as an actor], so being more involved in putting together the puzzle at the beginning is something that has been a natural role for me for quite some time because I grew up on set and I like paying attention.”

Read the rest of this interview with Anna at Deadline.com.