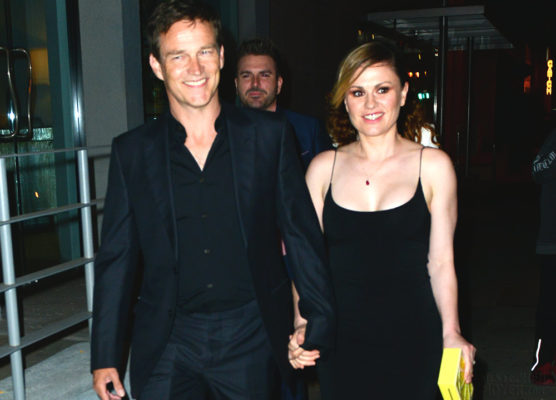 Last night while the very last episode of Stephen Moyer’s Shots Fired aired, he and Anna Paquin attended the Sony Pictures Television LA Screenings Party  in Los Angeles, California. Anna was seen with her co-star Rachelle Lefevre promoting the new Sony Pictures Television series Philip K. Dick’s Electric Dreams.  While Stephen attended, there are not yet any photos of him at the event.  However, below is a photo of Anna and Stephen outside the Catch Restaurant in Los Angeles.

See the photo below. 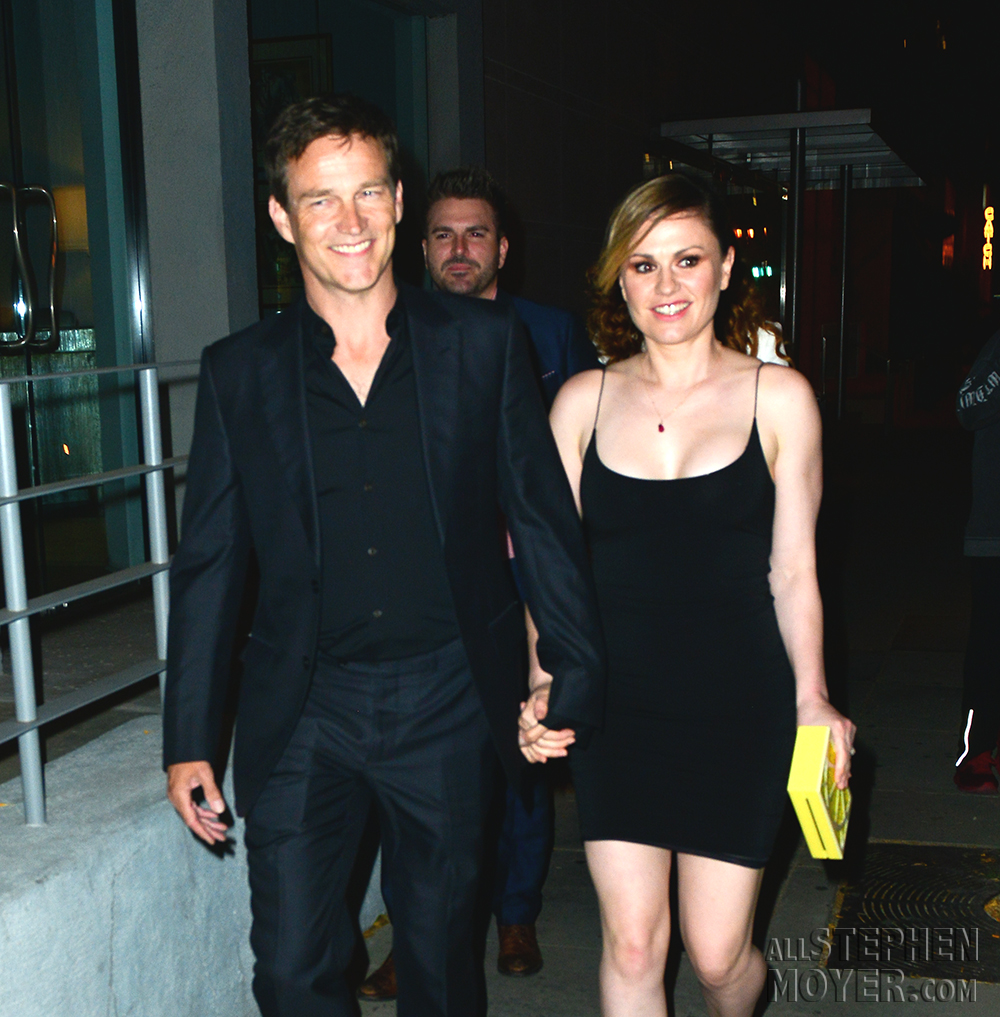 The couple are both dressed in black with Anna holding a great yellow clutch. We hope that had a great night out together!  If more photos become available we’ll be sure to add them here.

Just found this cute video of Anna and Stephen walking as seen in the photo above.  Stephen protects Anna as she has a wardrobe issue, but the couple both seem in good spirits with Rachel Lefevre and guest.  Anna Paquin is in stitches during a fun night out with hubby Stephen Moyer. The couple leave dinner in West Hollywood with friends when asked her favorite vampire movie, Anna emphatically replies, “The Lost Boys!”

See the video below:

Below is a photo of Anna at the event with Rachel Lefevre who was also Stephen’s co-star in the film, “The Caller.” 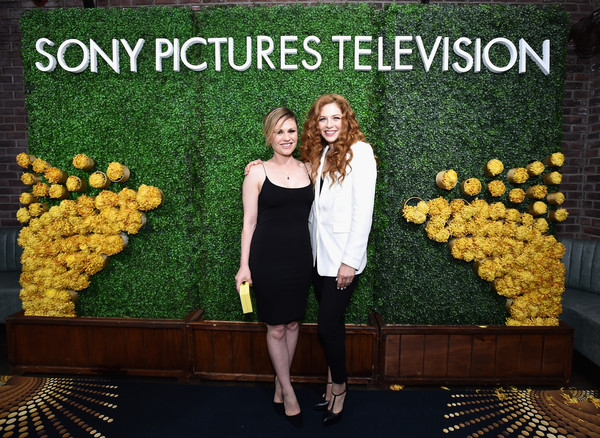