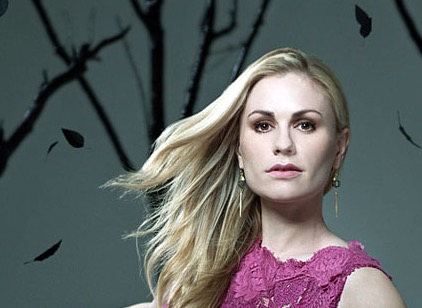 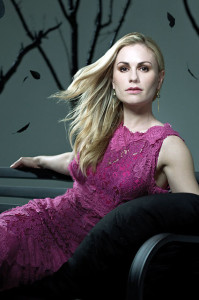 True Blood’s Anna Paquin recently talked to khaleejtimes where she discusses her career and the difference between working in TV vs. film.  Anna also talks about True Blood and being directed by Bill Compton, otherwise known as her hubby, Stephen Moyer.

When asked about Season 5, she said:

Memorable for Paquin [about Season 5], albeit for a decidedly personal reason, was the season’s eighth episode, ‘Somebody That I Used to Know.’ It was directed by her husband, Stephen Moyer, the first time he’s tackled that task.

“That was awesome,” Paquin says enthusiastically. “He did a great job. He’s a very natural director and had wanted to do it for quite some time. It was great, it really was. I loved working with him.”

Was it at all weird to be taking direction from her husband?

“No, not even slightly,” Paquin says. “He’s my best friend. He’s my favourite person to work with. It was just another aspect of working together.”

Read the complete interview with Anna by going to: khaleejtimes.com