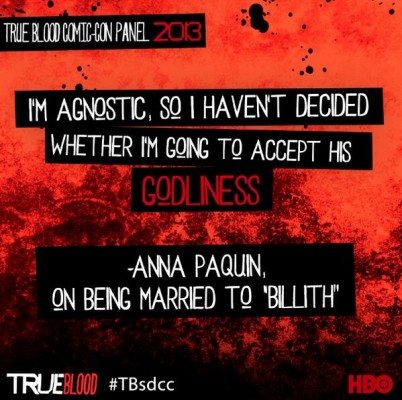 The True Blood Panel has begun their discussions at the San Diego  Comic Con.  However, as many of you know, Stephen Moyer was unable to participate this year (the first year ever) because he had to rehearse for his upcoming performances of the musical, Chicago at the Hollywood Bowl next weekend.  So, before the panel began today, his wife, Anna Paquin discussed her marriage to “Billith.”

She said: “I’m agnostic, so I haven’t decided whether I’m going to accept his godliness!”

Ha Ha!  I wonder what Stephen Moyer thinks is this one, LOL! 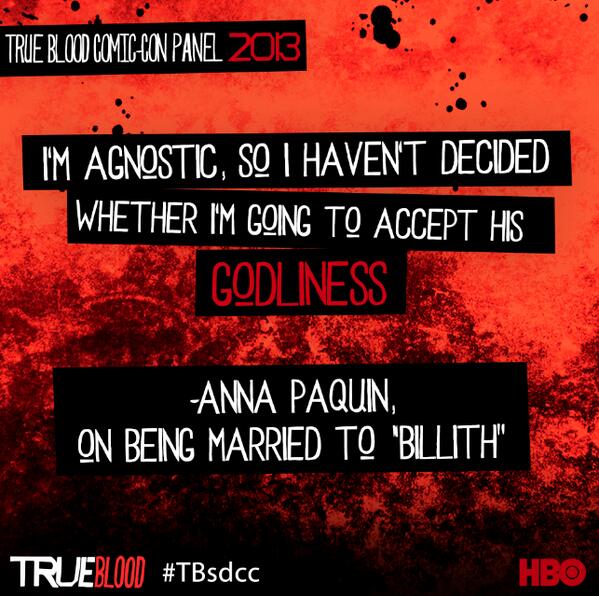