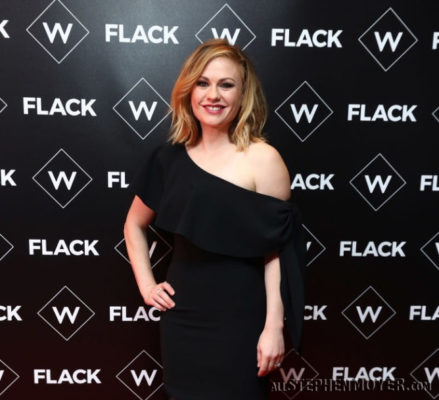 Anna serves as Executive Producer of the series which will air on POP TV in the UK.  Below are a few photos of Anna on the Red Carpet at the premier today in London, England.

The six-part series was shot in London. Hat Trick Productions is making the show alongside Paquin’s CASM banner. It was created by Oliver Lansley (“Whites”).

“Oliver Lansley has written six of the best scripts I’ve ever read,” said Paquin. “I am incredibly excited about tackling the creative complexities of ‘Flack’ as an actress and for my company CASM’s collaboration with Pop.”

“’Flack’ is extremely poignant, smartly exploring an age in which, for better or worse, news happens in a breath,” added Justin Rosenblatt, EVP of original programming at Pop. “This series captures the often funny and sometimes damaging results that ensue, with Anna Paquin as the dream lead who brings it all to life.” 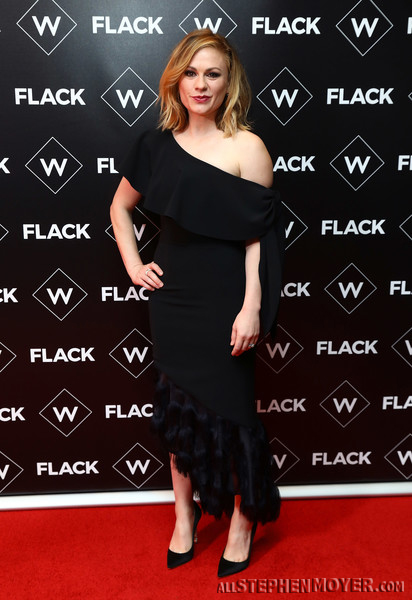