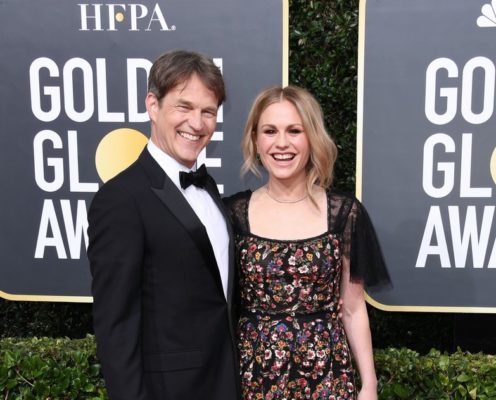 It’s awards season again and Stephen Moyer and Anna Paquin are a part of it.  The couple arrived, earlier this evening to the 77th annual Golden Globe Awards at the Beverly Hilton Hotel on Sunday, Jan. 5, 2020, in Beverly Hills, Calif. They posed together on the red carpet.  Below are some photos of the couple walking the carpet. 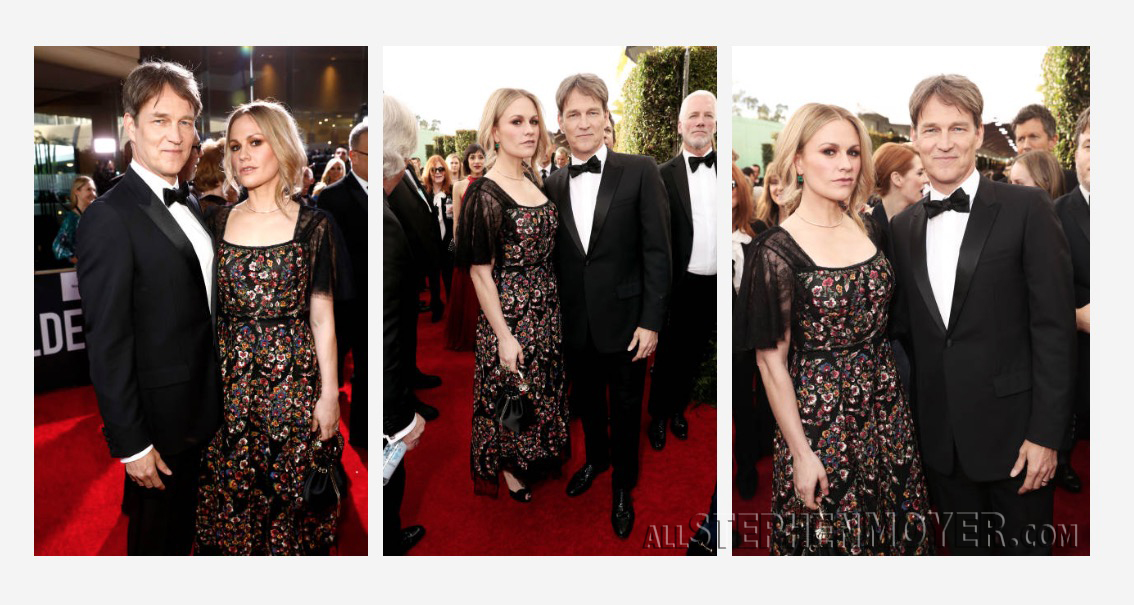 You may remember that Anna Paquin won a Golden Globe award for her role of Sookie in Season 1 of True Blood.  I so remember watching that night with other cast members also there, such as Stephen Moyer, Sam Trammell, Rutina Wesley, and the late, Nelsan Ellis.