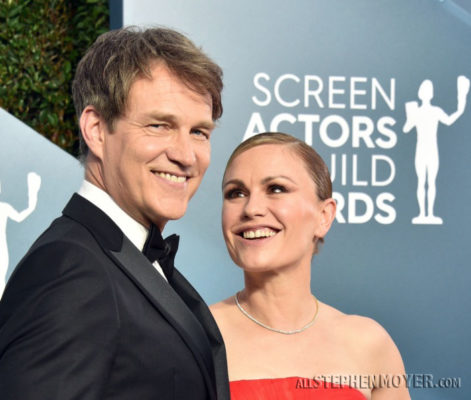 Anna looks stunning in a gorgeous wearing a Caroline Herrera tulle gown with bow detail in the back. Her hair was slicked back and she wore a simple beaded necklace to finish off her look. Mr. Moyer looks great, as usual in a black tux with a black-tie! They were joined by Lucy Gallina, who played Anna‘s character’s younger version in The Irishman.

We here that Anna will be presenting an award at the event and her The Irishman co-stars are nominated for Outstanding Performance by a Cast in a Motion Picture. 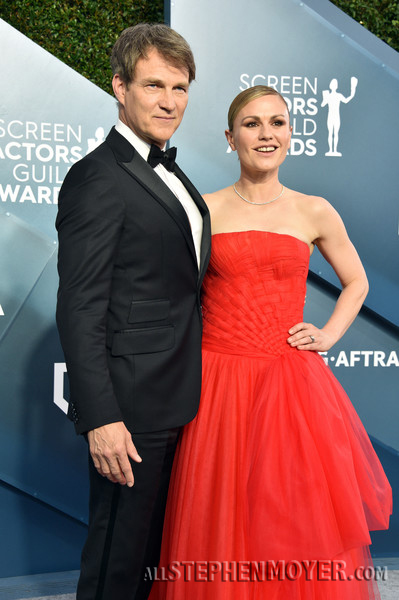 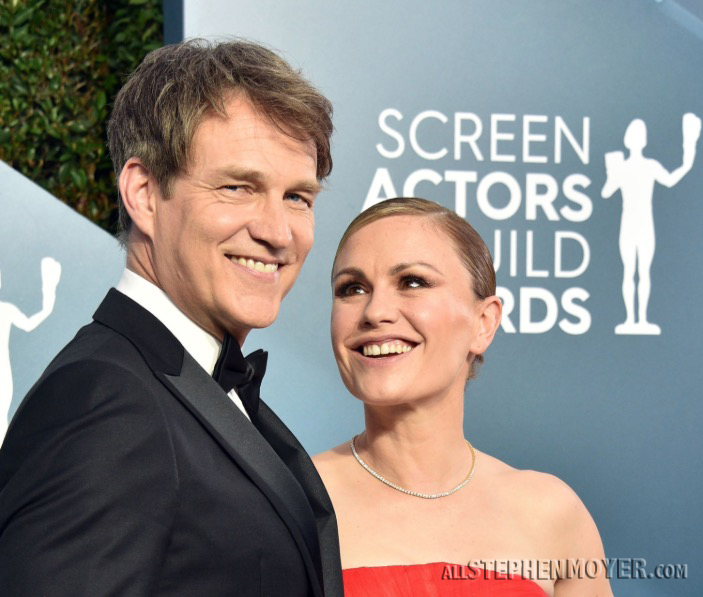 As more photos appear we will be adding them to the 26th Annual Screen Actors Guild Awards Photo Gallery at the below link.

To see more photos click on the button below:

Watch a video of the lovely couple on the red carpet below: