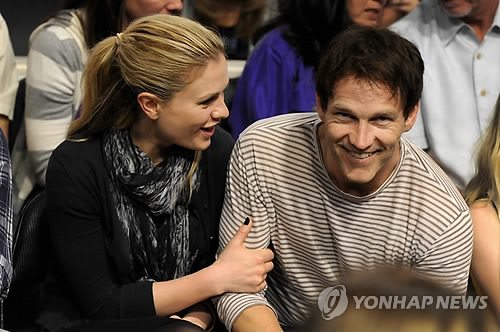 The stars turned up in the droves at Staples Center in Los Angeles on Sunday afternoon (April 3). Anna Paquin and Stephen Moyer were among those that attended to see the LA Lakers play the Denver Nuggets. Also, Anna’s brother Andrew was there and Stephen’s daughter. We hear that they had courtside tickets.

Kobe Bryant had 28 points but unfortunately, the Lakers fell late to the Nuggets 95-90 at home. 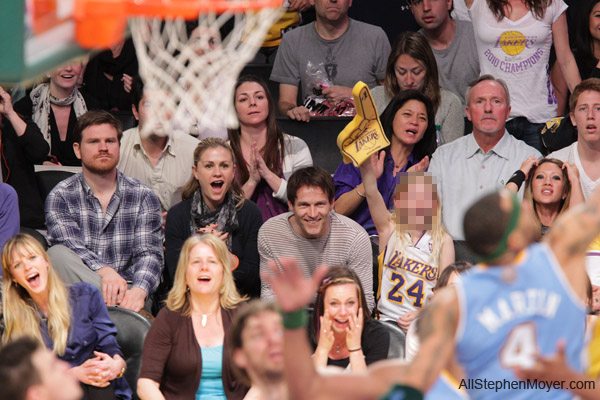