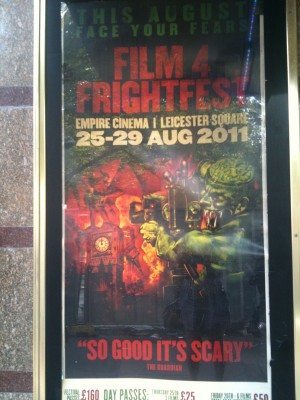 From our London reporter AphroditeMF aka Natalie. Make sure to also check out her True Blood podcast God Hates Fangs. 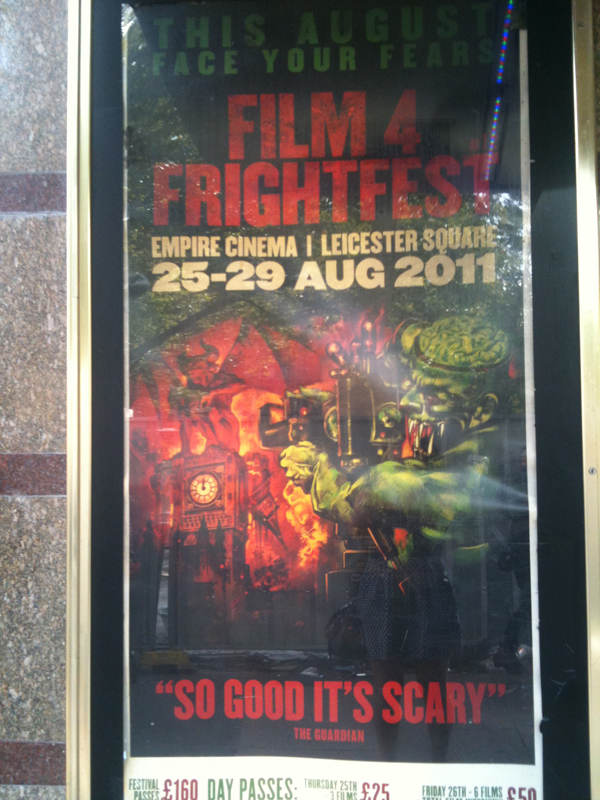 Among the movies shown was Stephen Moyer’s new thriller The Caller, which he shot during the 2009 hiatus between True Blood seasons.  I was lucky enough to attend a screening of the movie (and felt very fortunate to be able to see it in a cinema at all, but more on that later) and sat in on a Q&A session with director Matthew Parkhill that followed.  I also got to meet Matthew afterward for a quick chat as AllStephenMoyer’s “local correspondent”.

Thankfully, I can report that The Caller is a taut drama relying on old-school cinematic techniques, tight plot, and rich characterization to build suspense and empathy, as opposed to being dependent on special effects and shock-factor. The result is a much more satisfying and emotionally engaging experience.

Rachelle Lefevre (known to many of you, I’m sure, as flame-haired vampire antagonist Victoria in the first two Twilight movies) plays Mary, a young woman caught in a messy divorce with her creepy violent ex (Ed Quinn, who played Godric’s deputy Stan in season two of True Blood).  After moving into a somewhat sinister new apartment, Mary finds herself plagued with phone calls from a woman named Rose, who it emerges is calling her from the past.  When Rose turns hostile, and it emerges that she has the ability to affect Mary’s future, so Mary turns to her Trekkie physics expert new boyfriend John (played by Our Steve) for help.

The time travel stuff was handled really well, and it was interesting to see something like this in the context of a realistic rather than fantastical setting and addressed in such a matter-of-fact uncomplicated manner.  There’s even a scene in which Stephen’s character explains the laws of time travel in a way reminiscent of Hugh Everett’s Many Worlds Interpretation theory, which had me in sci-fi nerd seventh heaven!

The building of tension is handled masterfully throughout the movie, via the ominous lighting and dark palette, and also through an excellent, eerily unsettling score by British electro outfit UNKLE, which adds to the sense of foreboding to great effect.  The decision to set the movie in Puerto Rico, while initially being due to financial constraints, ultimately adds to the audience’s perception of Mary’s sense of isolation, due to the location being somewhat alien to the majority of viewers.  Had the movie taken place in New York as initially planned, then the familiarity of the iconic cityscape would have diminished the atmosphere of menace. 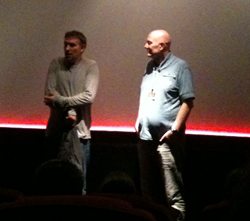 The audience reacted with applause when the movie was over, and then director Matthew Parkhill kindly gave us a talk about the making of the movie, and then took questions.  He revealed that the movie had a budget of a mere $2 million, and was shot in an astonishing 23 days (in comparison, another suspenseful horror released this week, Final Destination 5, cost close to $45 million).  He also discussed the loss of Brittany Murphy (who was set to play Mary up until the first day of shooting and passed away several weeks later) and subsequent recruitment of Rachelle Lefevre at the 11th hour.  Major kudos are owed to Rachelle, even given the circumstances her performance in this movie is exemplary, and I sure hope to see a lot more of her in the future.

Matthew also spoke about Stephen’s involvement in the film and mentioned that he was originally going to play Ed Quinn’s character, the sinister ex-husband until Matthew thought it would be more interesting to have him play the romantic interest, as it contrasted with his brooding presence on True Blood.  Fans of Stephen’s will, I’m sure, be very grateful for this decision, as the role showcases his versatility as an actor.

When Matthew then took questions from the audience, one guy inquired whether or not The Caller would be getting a nationwide release, and unfortunately, the answer was no, the release will be limited.  Hopefully, however, this will mean that the distributors will really push the DVD release – this movie deserves to be appreciated!

Afterward, I grabbed a chat with Matthew, and he expressed his gratitude to Shadaliza and AllStephenMoyer.com for taking such an interest in the movie.  I told him of how eager Stephen’s fans are to see The Caller too, and I urge you all to check and see if the theatrical release takes in your hometown!

Below the complete video of the Q& A with director Matthew Parkhill.  Beware for the spoilers in this video if you haven’t seen the movie yet.

Purchase by clicking on the links below:
Stephen MoyerThe Caller