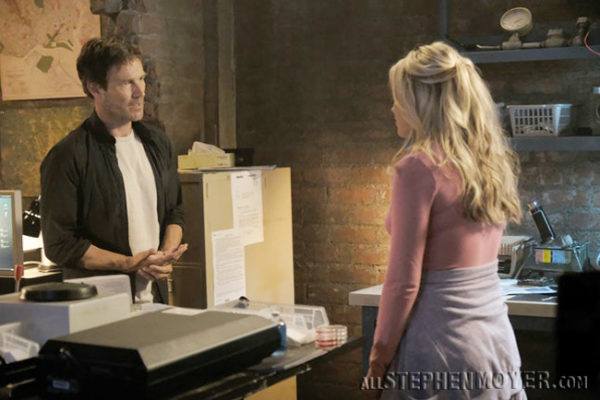 At the end of Season 1 of The Gifted, we learned about Reed Strucker’s powers that had been suppressed by his father’s intervention when he was a child. In Season 2, we’ll finally get to see those powers.

Read about it here:

Bustle.com has interviewed Stephen Moyer and show creator Matt Nix about his character in “The Gifted.” Stephen opens up about his von Strucker connections and the new superpowers he will have in Season 2 of the series.

Reed Strucker on The Gifted may be related to two infamous mutant Marvel comics characters, the von Strucker twins, but the fugitive patriarch on the Fox series never developed powers of his own thanks to his fearful father. Until now, that is, and it may not initially be a cause for celebration. Reed will have superpowers in The Gifted Season 2 — giving his family even more reason to join the cause and remain on the run.

In an interview with TVGuide,

Stephen Moyer teased that “it’s in the family,” whatever powers he manifests. However, which family is he talking about? Reed Strucker also happens to share part of his name with another Marvel character, Reed Richards (also known as Mister Fantastic) of The Fantastic Four. Could Moyer’s character have powers like this Reed’s, with a malleable body that rivals Elastigirl from The Incredibles? He’d finally be able to help out the team in the heat of battle.

“I look back at my past,” Moyer said of his character in the same interview, “and I look at my father’s notes, and I basically try to see who I could have been before, and that’s how maybe things start to happen.” Interesting.

How would an adult man develop mutant abilities this late in life? Don’t they usually manifest at or around puberty? Yes, but remember that in Season 1 it was revealed that Reed’s father administered a mutant gene-suppressing serum to him. That’s how he passed the X gene along to his children. It was only a matter of time before he developed abilities as well.

Reed’s Powers suppressed for 30-something years

Reed’s had powers suppressed for 30-something years,” showrunner Matt Nix told TVGuide. “So when they come along, it’s a rough ride. It’s a very, very rough ride. It’s not like he’s suddenly a superhero. And one of the things we think about a lot is how are these powers hooked into someone’s emotional life, and Reed’s a pretty repressed guy. So powers showing up for Reed is not good news. It’s very, very bad news.”

Maybe this development won’t be so “fantastic” after all. Other powers that exist in the von Strucker family include something called a “death spore release” and electric shocks — in the comics, Baron Wolfgang von Strucker gave himself a serum with a virus in it that he can spread to others, and has a device called a “Satan’s claw” which administers the shocking blasts.

What happens to Reed in Season 2

Click here to see what’s happening to his arm at around 2:30 in the official Comic-Con trailer for The Gifted Season 2? His veins are rippling with something bright red. It doesn’t look good, at least not at first. In all supernatural stories, it’s not uncommon for a character with newfound abilities to go through a kind of adjustment period. Maybe he’s ridden with death spores or a destructive power, or he’s just stretchy, like Reed Richards, but can’t control it. 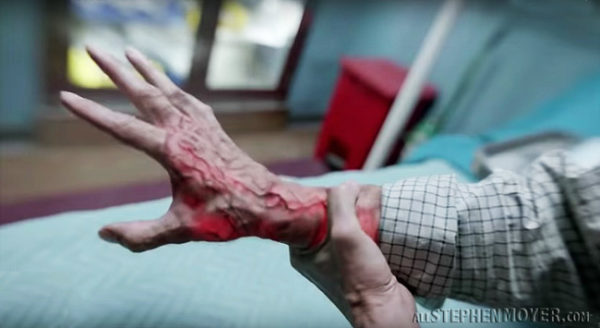 Hopefully, he’ll get a handle on whatever it is before long. There are some seriously scary anti-mutant villains at large, and Reed needs his family as much as they need him.